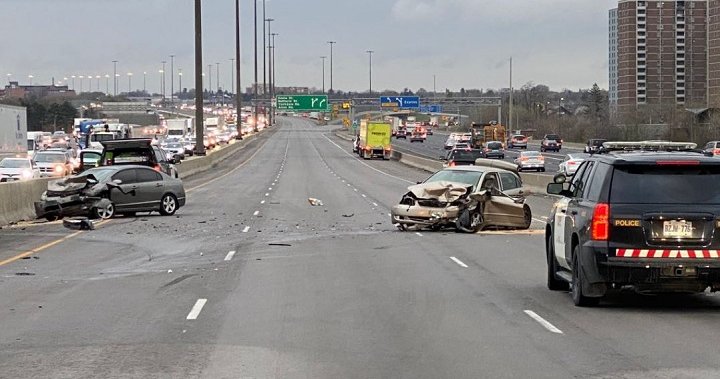 Ontario Provincial Police say a woman has died after a collision along Highway 401 that has prompted the closure of the eastbound express lanes.

A 78-year-old Mississauga woman was taken to hospital and was pronounced dead, Schmidt said.

A second person was taken to hospital with minor injuries and a third person is on scene uninjured, he added.

All eastbound Highway 401 lanes near Highway 400 are blocked.

A police reconstruction team in on scene and will be there for several hours.