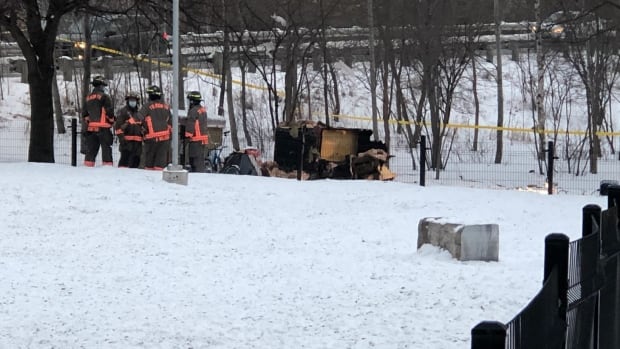 One person is dead after a fire broke out at an encampment in the Corktown area, Toronto paramedics confirm.

It’s unclear what started the fire, but officials confirmed one person was inside the wooden shelter at the time.

Paramedics wouldn’t release the person’s age or gender at this time.

As of last December, Toronto has seen more than 240 fires at encampments.

Toronto Fire and the Ontario Fire Marshal will be investigating throughout the day. Fire Chief Matthew Pegg, currently acting as the city’s head of emergency management during the COVID-19 pandemic, has repeatedly warned the fires would eventually claim someone’s life.

On Wednesday morning, Pegg extended his condolences to the family and friends of the person who died.