A child and woman are in hospital after they were struck by a vehicle in Scarborough Saturday afternoon.

Toronto police responded to a collision in the area of Kennedy Road and Lawrence Avenue East, at around 1 p.m.

Police said two pedestrians were struck by a vehicle in front of Lonetai Supermarket.

An eight-year-old child and a woman in her 40s were taken to hospital, police said. 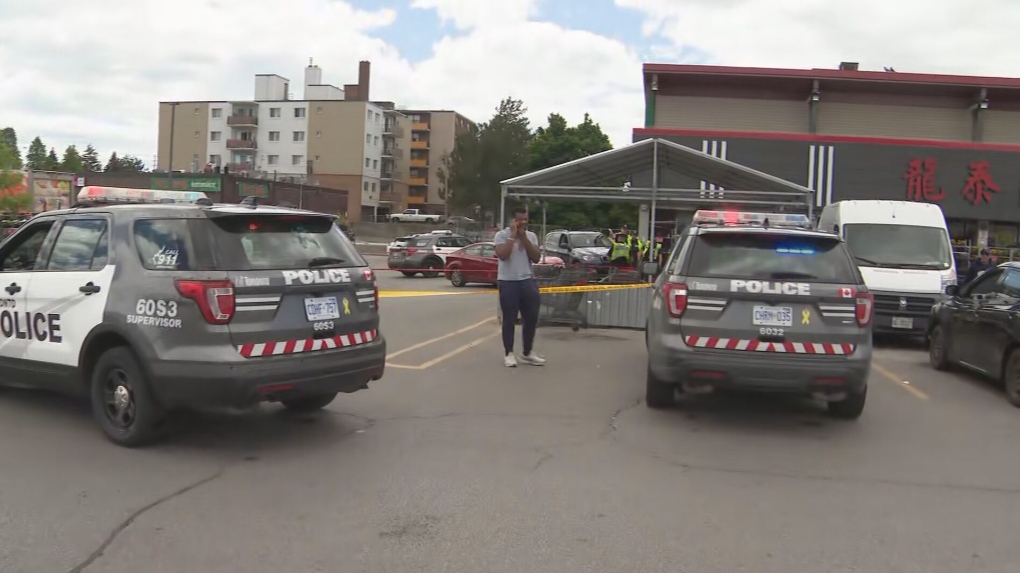 Their injuries are unknown.

The driver remained at the scene.

Anyone with dash camera footage or information is asked to contact police.