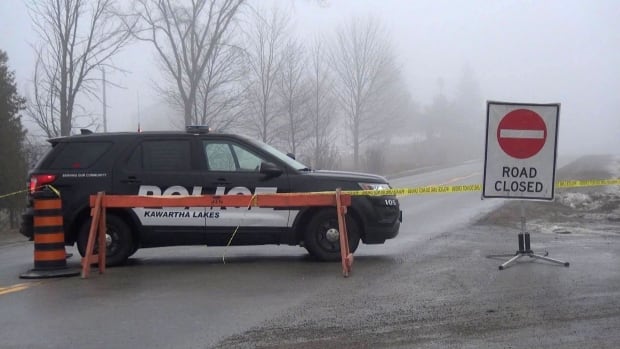 A one-year-old boy who was killed during a standoff between police and a man in Kawartha Lakes last November was shot by police, Ontario’s Special Investigations Unit (SIU) confirmed Thursday.

According to the SIU, a man, 33, and his son suffered gunshot wounds in an interaction with Ontario Provincial Police in the City of Kawartha Lakes, about 130 kilometres northeast of Toronto, on Nov. 26.

The boy died at the scene. The man died in hospital nearly a week later.

The SIU, a civilian agency that investigates police-involved deaths, serious injuries, sex assaults or discharge of a firearm at a person, said it had reviewed “additional forensic evidence” in the case, including:

The agency said in a short news release issued Thursday afternoon that its investigation is ongoing.

In an email to CBC News Thursday, SIU spokesperson Monica Hudon said that three officers who fired their guns during the incident have still “not as yet availed themselves of an opportunity to be interviewed.”

“It’s important to note that subject officers are under no legal obligation to speak with the SIU, but may if they choose to do so,” Hudon said.

The standoff happened in the area of Pigeon Lake Road, also known as Kawartha Lakes Road 17.

An SIU spokesperson previously said OPP officers were made aware that a father had abducted his son from the municipality of Trent Lakes, about 180 km northeast of Toronto.

Hudon said officers located a vehicle — a pickup truck — on Sturgeon Road and attempted to stop it.

According to the SIU, an officer was outside of his vehicle laying down a spike belt when the man’s truck collided with an OPP cruiser and a civilian vehicle on Pigeon Lake Road. The officer was seriously injured in the collision.

Three officers shot at the driver. He was later airlifted to hospital in serious condition, and died in early December.

The OPP Association, which is the union that represents OPP officers, released a statement Thursday.

“We are all devastated when a child tragically dies,” it said.

“Our heartfelt condolences are extended to the mother and family of a little boy who tragically died near Lindsay, Ont., on Nov. 26, 2020.”

It made no mention of a police officer being the one who shot the child.

“The OPP Association respects the investigative process,” the statement said. “We continue to support our members affected by the incident.”

The SIU previously said its investigators had interviewed over a dozen witness officers and more than a dozen civilian witnesses in connection with the case.