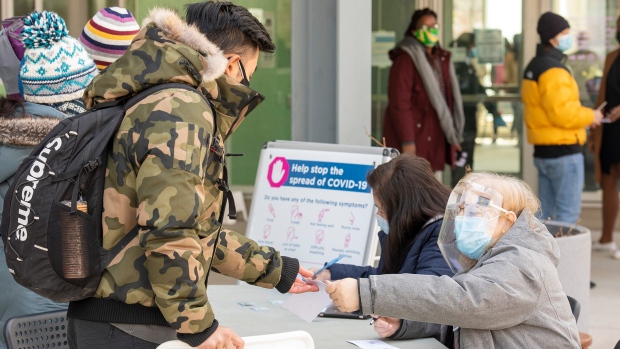 TORONTO — Ontario’s auditor general says her office will be reviewing data used to inform the provincial government’s vaccination distribution strategy as it takes a closer look at the Ford government’s COVID-19 immunization plan.

“The government has not been transparent. And they haven’t clearly shown where their decision-making is coming from,” Horwath told CP24 on Wednesday.

“Postal codes showed up on that list as hot spots where they were nowhere near hot spots and then other postal code areas that certainly did justify being on that list were left out. We need to know why.”

In response to Horwath’s request, Lysyk said Ontario’s COVID-19 Immunization Strategy and Implementation has been selected as an audit candidate for the 2021-22 audit cycle.

“As part of this work, we will be reviewing data used in determining the strategy used for the distribution of vaccines,” read Lysyk’s letter, which was released by the NDP on Tuesday.

The Ford government has maintained that the postal codes were selected based on analysis from Ontario’s science advisory table.

But in a statement released last week, Robert Steiner, the communications director for the science table, said the postal codes were used in an analysis to look at the disparity between COVID-19 hot spots and other neighbourhoods and were not meant to identify neighbourhoods that should be prioritized in the vaccine rollout.

“Our aim was to illustrate the need to target both age and neighbourhood in vaccine roll-out; not to list specific neighbourhoods for prioritization,” Steiner said.

“We shared our scientific argument with the government, but we understand that the government itself decided which neighbourhoods to actually prioritize.”

The Ford government’s selection came under scrutiny following the release of a CBC story that analyzed data from the 114 hot spot postal codes and found that some appeared to have been less impacted by COVID-19 than others that did not make the hot spot list.

Four of the five postal codes referenced in the story are in ridings represented by PC MPPs.

The Ford government has denied any political interference, maintaining that the postal codes were selected by non-partisan experts.