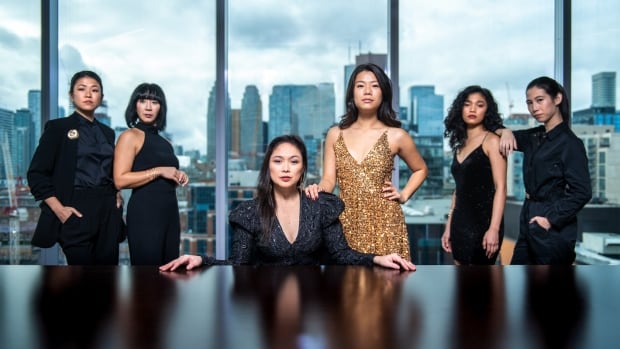 A new production at Factory Theatre is the work of a rare assembly of talent both onstage and behind the scenes — a writer, director and six actors who are all women, and all Asia-Canadian.

Lady Sunrise follows the characters, from a trafficked sex worker to a wealthy condo developer, as they struggle with power, money and relationships.

“We’re finally being … given a choice to control our narrative,” said Nina Lee Aquino, the director of Lady Sunrise and the artistic director at Factory Theatre.

“The fact that for me in my career as a director, a woman of colour, as an artistic director of a theatre company that I’m only finally producing this now, absolutely, it’s mind boggling,” she told CBC’s Our Toronto.

The production is on now and runs until March 8.

When audiences leave, Aquino said she hopes they’ll have gained a new perspective of what strength looks like.

“There’s no template, there’s no formula for success and women have had to do some pretty incredible things to be able to move forward … and we then add race into that. Our obstacle courses even grow tenfold,” Aquino said.

WATCH: Cast and crew from Lady Sunrise sit down with Our Toronto’s Marivel Taruc to explain how their production is breaking barriers and building new understanding

The key members of the cast and crew with ‘Lady Sunrise’ are all Asian Canadian women. They sit down with Our Toronto host Marivel Taruc to talk about the portrayal of gender, race and power in their new production. 6:03

You can find this and other stories about the city on Our Toronto — Saturdays and Sundays at 12 p.m., and Mondays at 11 a.m.