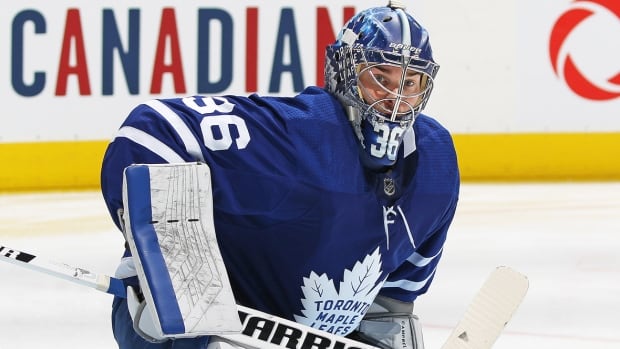 Billed as the next Jonathan Quick or Ryan Miller — the next great American goalie — the former first-round pick had made just one NHL appearance, and his highly-touted game was in tatters, when the Dallas Stars traded him to the Los Angeles Kings in June 2016.

Campbell was miserable. He’d fallen out of love with hockey bouncing between the American Hockey League and the third-tier ECHL with no light at the end of a tunnel that seemed to be leading nowhere.

And he didn’t have any answers.

“It was bad,” Campbell recalled. “It just wasn’t fun anymore. It really took a toll on my mental state.

But he would soon find a lifeline on the West Coast — Dusty Imoo, head of goaltending development with the Kings.

“He was a lost soul,” Imoo said. “He was really beaten down and a lot of it was self-abuse. He had beaten himself up. He put so much pressure on himself early and quickly.

“Any failure, he took it very personally … he felt he was a failure as a person.”

That’s when Campbell, subsequently acquired by the Toronto Maple Leafs from the Kings last week with No. 1 netminder Frederik Andersen nursing a neck injury, and Imoo put their heads together.

‘I didn’t know … how to stand in the net anymore’

Working mostly with the AHL’s Ontario Reign as the club’s de facto goalie coach, Imoo isn’t one to force a style on a player. It’s about finding the best fit.

Campbell, however, was a unique challenge.

“He had no idea who he was,” Imoo, now goalie coach with Kulun Red Star of Russia’s KHL, said in a phone interview. “We wanted to build it from scratch and redefine him.”

It started by tearing his technique down to the studs.

“I didn’t even know really how to stand in the net anymore,” said the 28-year-old Campbell, who backstopped the U.S. to gold at the 2010 world junior hockey championship. “We laugh about it now, but it was crazy.”

Imoo also wanted Campbell, the 11th overall pick in the NHL draft in 2010, to reflect on what his life was like when hockey was fun.

“I just asked, ‘When you were your best what was it like? What was it like when you felt good about yourself?” said Imoo, a 49-year-old from New Westminster, B.C. “He shared he was an athletic goalie and used his reflexes.

“We built from there.”

Things started to change shortly after the six-foot-two, 197-pound Campbell got to the city of Ontario, Calif., located about 60 kilometres east of Los Angeles.

He was soon back enjoying the game and his numbers were improving. The happy, polite native of Port Huron, Mich., on display since the trade that brought him to Toronto along with winger Kyle Clifford was starting to surface.

‘Shook’ by not latching on with Stars at 18

“He was really disappointed with himself,” said Imoo, who played 15 years as a pro and was Japan’s starting goalie at the 1998 Nagano Olympics. “I told him over and over, ‘You gotta learn to love yourself first before you can love all the other crap – the game. You’ve got to be happy with yourself as a person.’

“Once we got to know each other, he opened up to me.”

As strange as it sounds in an era when many goalies don’t become full-time NHLers until their mid-20s, Campbell was crestfallen when he didn’t make the Stars as an 18-year-old.

“It shook me,” he said. “I’d always accomplished everything, at that point, that I wanted. It was tough, it was frustrating.

“It went downhill from there.”

Wanting to succeed at basically any cost, Campbell would push himself in drills to the point where he’d be close to passing out.

“It looked like his face was going to explode,” Imoo said. “It was insane. Soupy [Campbell’s nickname] would go so hard he would stop breathing … we needed to harness it the right way.”

“No comment,” Campbell said with a smile when asked about that oxygen-related detail.

Acquired in another trade with the Kings last season, Leafs defenceman Jake Muzzin can attest to the drive of a player he calls “the hardest-working guy I’ve ever seen in hockey.”

“We’re not making this up,” Muzzin said. “This is a real thing.”

‘I’d beat myself up pretty hard’

Muzzin has also seen Campbell, who credits his father, Jack Sr., with instilling that work ethic, creep back into old habits of self-doubt, but it’s a lot better than before.

“He puts a lot of pressure on himself,” said the blue-liner. “He hates letting the team down or himself down … but a lot the time, he’s not.”

“I’d beat myself up pretty hard.”

Campbell played once for the Kings in 2016-17, five more times the following season and became the team’s backup in 2018-19, including a .928 save percentage, before signing a two-year, $3.3-million US contract extension through 2022 in September.

While Imoo was instrumental early, two-time Stanley Cup winner and Kings goalie coach Bill Ranford continued the work once he got to L.A.

“Dusty was a mentor [and] there every second for me,” Campbell said. “Bill gave me my space and allowed me to grow. He let me figure things out, but when it was time to work he always had great points.”

Back in spotlight in Toronto

Campbell’s first three starts for the Leafs — the 59th, 60th and 61st appearances of his NHL career — have seen him pick up five of a possible six points, with the two victories coming in overtime, including Tuesday’s 35-save performance in a 3-2 overtime win over Arizona.

Imoo is convinced Campbell still has the ability to be a No. 1 goalie in the league. It won’t happen in Toronto, at least not any time soon with a healthy and present Andersen.

But the potential remains.

It’s also a blessing for both the team and player his time in the spotlight comes now.

“It would not have been a good situation five years ago,” Imoo said with a chuckle. “Hopefully the fans embrace him. I know it’s a tough market, but I think they’re gonna be happy with what they got.”

Campbell and Imoo still chat a few times a month. It’s more difficult with the latter now in the KHL, but the bond remains strong.

“It means the world to me,” Campbell said of their relationship. “He took me from having no self-esteem off the ice or on the ice to just chilling out completely and believing in myself again.”

No matter how things play out from here, that feels like his biggest win of all.

The Maple Leafs have signed forward Pierre Engvall to a two-year, $2.5-million extension.

The 23-year-old native of Sweden has seven goals and 14 points in 35 games with the Leafs this season.

Engvall has added four goals and 11 assists in 34 career AHL playoff games with Toronto, helping the Marlies capture the Calder Cup in 2018.

The Maple Leafs drafted Engvall in the seventh round (188th overall) in 2014.