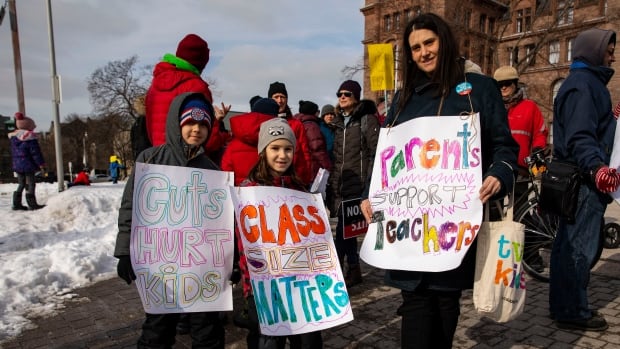 Contract negotiations between Ontario public school teachers and the province have been going on for months with little progress, prompting all four major unions to stage various job actions, including a provincewide one-day strike set for Feb. 21.

A government mediator has been assisting the negotiations, but the education minister is now calling for private mediation.

Reg Pearson, a former Ontario government mediator involved in public sector bargaining who now has his own mediation company, explains the mediation process and how to get parties back to the table.

What’s the difference between a government and private mediator?

Government mediators are employees of the Ministry of Labour, but they are neutral and employ similar techniques as private mediators. The government mediators currently involved in the teachers’ negotiations now are very capable. The process really is no different.

The personality or the style of the mediator may very well be different and I think that the government may have experienced that in a settlement last year with education support staff. Certainly the mediator involved in talks with the Elementary Teachers’ Federation of Ontario and the Ontario English Catholic Teachers’ Association is very capable, trusted by the parties, has been involved in some major files, and knows how to push or pull the parties to a deal.

Some unions have only bargained a few days each month. Why so much time off between talks?

It depends on the specific situation. For example, it could be that you’ve actually got some movement on some of the issues and it looks like you’ve got some momentum on some things, but all of a sudden you got bogged down on one thing and really you need to kind of take a pause. Or it could be that the parties are just worn out from arguing with each other or talking with each other.

What happens behind the scenes while no negotiations are taking place?

During the break you, as a mediator, would be constantly talking to each of those parties to explore ways of approaching an issue that might help break the log jam. Even though you may not be in formal meetings, you’re having the dialogue with each of the parties.

If you think that you’ve got a solution, you may even explore that without a formal meeting. I think that if you keep calling them back and they keep getting into stalemates, they’ll end up with a bit of a wall between them. So you try to only bring them together when you think you’re going to be able to make progress.

Will this dispute ever end?

Unless somebody really decides it’s time to settle, then the mediator is not going to be given enough room to make the deal, or to help the parties make the deal. It means the government’s going to have to put a little more water in their wine and likewise for the union side to make this work.