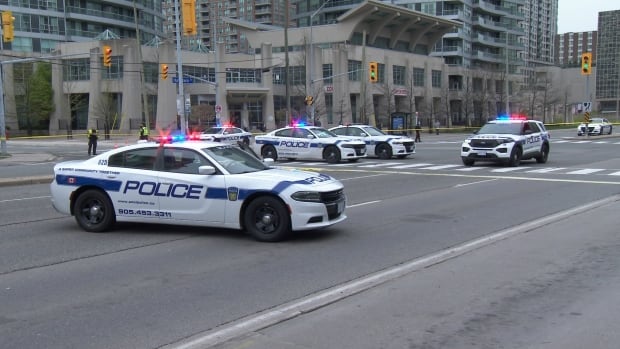 A five-year-old has died after being struck by a vehicle in Mississauga, Peel police say.

Emergency crews were called to Hurontario Street and Elm Drive around 5:30 p.m.

Police said the child was riding a bicycle and was struck while trying to cross the road by a vehicle travelling north on Hurontario Street.

Police said the child was dragged by the vehicle and was transported in life-threatening condition by paramedics and died in hospital. There’s no word yet on the child’s gender.

Drivers are being asked to avoid the area as Hurontario Street is closed between Burnhamthorpe Road and Central Parkway Drive for the investigation.

Police say roads will be closed for several hours while they investigate and there is no access to the intersection from Elm Drive.