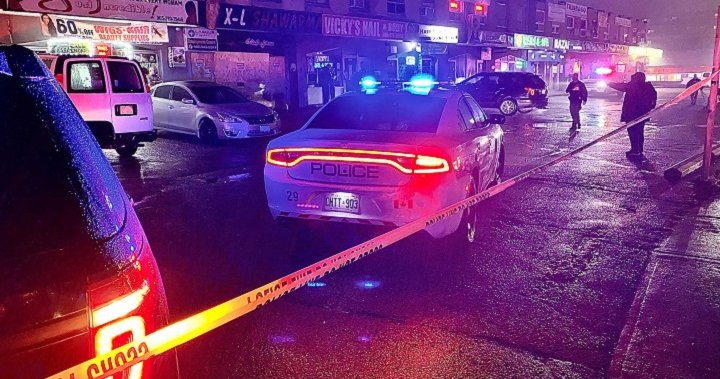 According to posts on the service’s Twitter account, emergency crews were called to the area of Hurontario Street and Dundas Street East just before 9 p.m.

An update said three people were stabbed. Two people were reported as having critical injuries and were being taken to a trauma centre by paramedics.

A third person was being taken to a local hospital in “unknown condition.”

When asked for further information about the incident, a Peel Paramedics spokesperson referred questions to police.

Police are scheduled to provide an update Monday night.