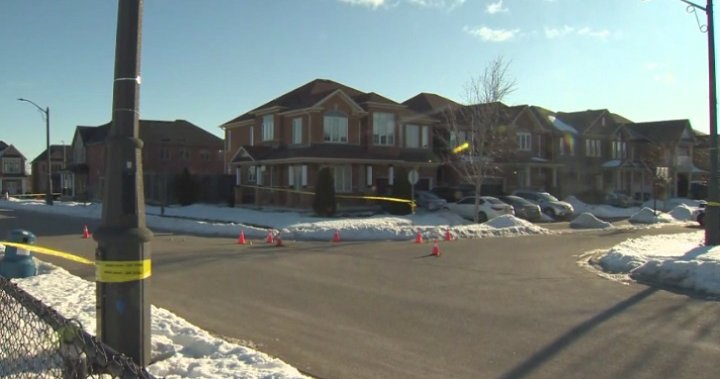 Peel Regional Police say a 22-year-old man has died in hospital nearly a week after he was shot in a north Brampton neighbourhood.

It was at around 2:15 a.m. on Thursday when emergency crews were called to area of Delphinium Way and Iceland Poppy Trail, near McLaughlin and Mayfield roads, when it was reported gunshots were fired.

Police said officers found a man who had a gunshot wound.

Paramedics took the victim, who was identified by police as Elijah Charles-Gregory, to hospital in life-threatening condition.

In an update released by investigators Wednesday afternoon, they said he died earlier in the day.