SASKATOON — On Saturday, Evan Penner from Nelson House/Nisichawayasihk Cree Nation in Manitoba says he was enjoying his day in the Broadway Avenue area, trying to stay cool in the summer heat.

At around 2 p.m. Penner said he walked to the 500 block of 11th Street East and started using a garden hose in front of an apartment building to continue to cool off.

“It was very hot that day and I was spraying myself on the face and the hands and I do that everywhere.”

Penner said when he sat down, a Saskatoon Police Service (SPS) officer approached him and tried to arrest him.

“This officer just came at me. I was just calm and he started freaking and being aggressive and attacking me and I was cooperating and everything.”

A video of Penner’s arrest was released on Monday by the Indigenous Joint Action Coalition and Black Lives Matter Saskatoon, with members of the two groups alleging that excessive force was used. 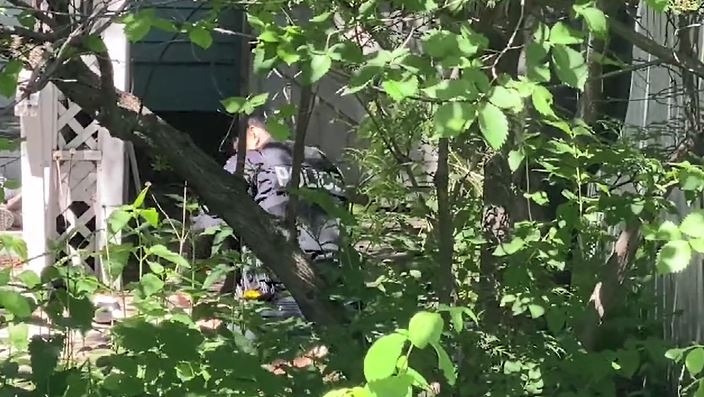 Frank Collins, the man who recorded the video, told CTV News earlier this week that he heard screaming in a backyard across from his house and got out his cellphone and began filming.

The first two and a half minutes of the video show a struggle ensuing between a Saskatoon police officer and Penner.

The video shows Penner pinned to the ground, trying to get the officer off of him. The officer can be seen hitting Penner with his fist multiple times.

Penner can also be seen grabbing the officer’s belt, with the officer delivering more blows.

Seven more officers are then seen helping the initial officer, with five of the officers assisting in restraining Penner.

A short time later the use of a Taser by one of the officers can be heard in the video.

“I knew I was in trouble because I had that feeling like a dangerous, aggressive vibe and I screamed out for help. They really hurt me and my feelings and my body. I got tasered and I couldn’t believe it,” Penner said

According to SPS, the initial officer on-scene was responding to a report of a suspicious person.

The 27-year-old man reportedly had caused damage to a property and when the officer attempted to take him into custody, he resisted and attempted to disarm the officer, SPS said.

Also, SPS said Penner had been dealing with addictions and related mental health issues at the time of his arrest. Penner disputes what police are saying.

“No, I was perfectly normal, positive and calm all the time.”

In photos taken on Wednesday, Penner can be seen with a bruised right eye with scrapes and bruises on the right side of his forehead, cheekbone and ear. 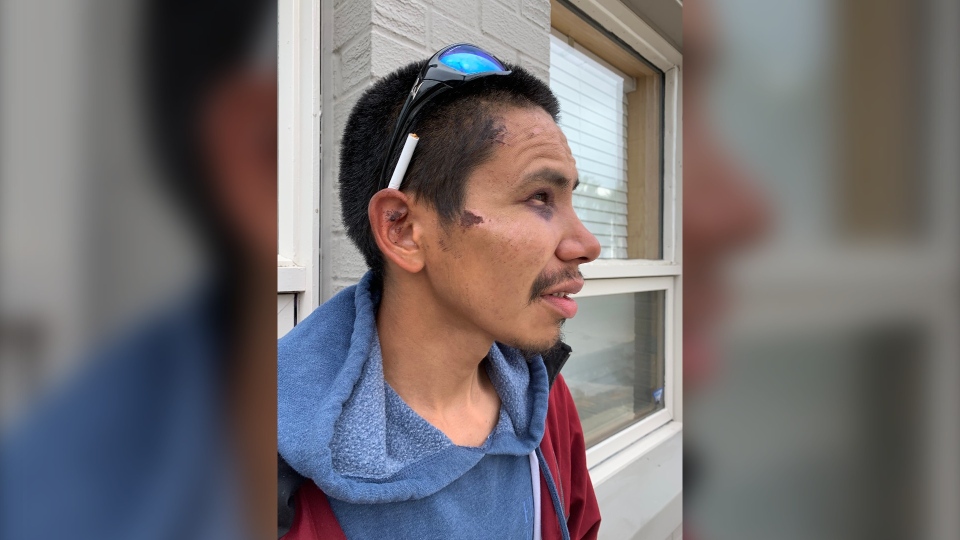 “They put me in the back of the cruiser and I didn’t even get to go to the hospital at all. (EMS) just checked my temperature and that was it. I was shocked and I thought I was going to die and I felt very hopeless,” Penner said.

He was released on bail Monday afternoon.

Initially, SPS said one of the officers involved in Penner’s arrest had been placed on leave following the incident.

However, on Wednesday, SPS clarified by saying the officer has been given time away from work, as is routine practice after serious incidents.

On Monday, Police Chief Troy Cooper said the Saskatchewan Public Complaints Commission will be responsible for an independent investigation into the arrest and that he has spoken to the Ministry of Justice and the Ministry of Corrections and Policing about ensuring there is appropriate oversight.

In an emailed statement, the SPA said officers had already responded to a call regarding Penner earlier in the day before his arrest.

Penner told CTV News he has been homeless and living in the streets of Saskatoon since May 24 and was previously living in Lloydminster trying to get assistance from the local friendship centres to get back home to Manitoba.

Penner said before becoming homeless he was living with his family and working in his home community at the local gas station and as security at the local rink but travelled to Alberta due to outstanding mischief charges.

He said has been trying to get home ever since.

“Those charges got dropped. I ended up here and got stuck here and I’m really trying to get home. It’s been hard.”

Penner said he appreciates those showing him support in the wake of the arrest video’s release.

“I’m very happy that there are a lot of people showing me love. They tell me they love me and I love them too.”