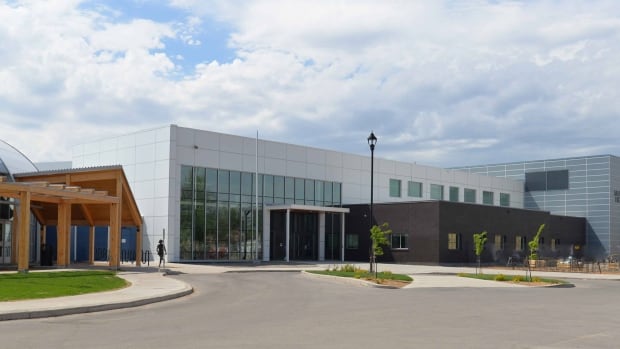 High school math and physics teacher Rory Bergermann might not have seen the inside of his classroom in Martensville since March — but that hasn’t stopped him from educating.

For the last five months, Bergermann has been graphing Saskatchewan’s COVID-19 data and sharing it on his Facebook page. While it started as a personal project, his work is now being read and shared by people all across the province.

“In mid-March, when the announcement came that we were going to be shutting down schools and businesses and churches and life was not going to be normal, I suddenly found myself with a bit of time on my hands,” he said.

“Since there were numbers coming out on a daily basis, I just wanted to see what it looked like when I charted it. So I took a few days’ worth of data, started charting some things, then started looking for patterns.

“And it has really taken on a life of its own from there.”

In this high-anxiety period, when people are being bombarded with high-stakes health data they may not understand, Bergermann thought it was more important than ever to break down the province’s COVID-19 information in an accessible way. So the teacher in Martensville, just north of Saskatoon, began adding his analyses to the data, talking about good news, bad news and trends to watch out for.

“There’s a big audience out there that doesn’t have a science background,” he said. “They don’t understand big data or data that’s taken out of context, and they have a hard time interpreting it.”

Because the pandemic is unlike anything most people have experienced before, it can be a scary situation, he said.

“And I’m just trying to make the numbers approachable for the average person. I’m trying to convey that there’s reason for concern and to be vigilant, but there’s also a lot to be hopeful and optimistic about.”

‘Giving the win to the good news’

Bergermann also reminds people of the concrete things they can do to keep themselves and each other safe — regular handwashing, keeping at least a “one hockey stick” distance from others, staying home as much as possible and wearing a mask in public.

Having analyzed the data over a period of months, Bergermann has come to believe that, while it is important for people to be aware of the virus as they go about their lives, there is no need for people in Saskatchewan to live in fear.

“We have a mixed bag of stats today, but I am giving the win to the good news,” he wrote in his analysis on Friday, basing his optimism on the 24 confirmed recoveries and a net decrease in the number of new cases reported that day (14, compared to 38 on Thursday).

While Bergermann’s background is in math and physics, not medicine or public health, he says he has been hearing from people across the province who are enthusiastic about the work he’s doing.

“There’s been pretty incredible feedback,” he said. “I’ve heard from people who are closely associated with the Saskatchewan Health Authority, from epidemiologists, from people who have actually tested positive for COVID-19.

“People want to take this and make it better, so they’ll contact me with suggestions on how to improve the presentation of the data tables, or different analyses to consider.”