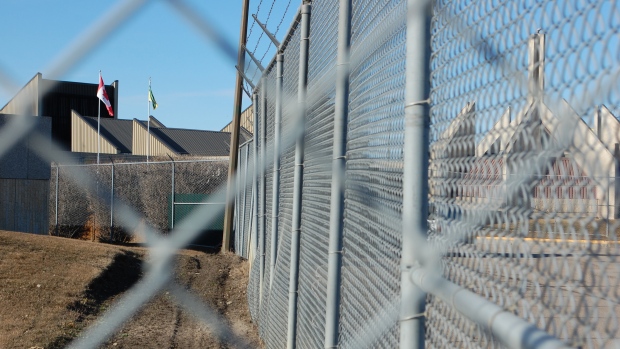 SASKATOON — The John Howard Society of Saskatchewan is urging to province to quickly implement measures to reduce the further spread of COVID-19 in prisons.

Following news about a fifth positive test for COVID-19 among staff at the Saskatoon Correctional Centre, the John Howard Society said it has sent a letter alongside the Elizabeth Fry Society, CLASSIC and Pro Bono Law Saskatchewan to the Ministry of Corrections and Policing, requesting it take drastic action to protect the vulnerable inmates and those who work alongside them.

“We cannot allow prisons to become places where people arrive, get sick, and return to their communities with the virus,” said Pierre Hawkins, public legal counsel with the John Howard Society of Saskatchewan. “Inmates are asking for the means to protect themselves and their communities. We are asking the government to give them a fighting chance.”

The groups want the ministry to take the following measures to avoid any unnecessary inmate suffering.

The release non-violent inmates 50 years and older with serious health issues or who are immune-compromised.

Ensure that prisoners have their own cell, giving them the ability to physically distance from each other.

Heighten sanitation standards for all staff, inmates and facilities, ensuring ample sinks for proper hand washing. The group said it understands there’s a short supply of soap in some centres, which is causing stress to prisoners.

For those remaining in the facilities, they must be allowed as much access to mental health professionals and Elders as possible.

The joint letter calls on the government to preserve the health and safety for those under its care. The group calling for these changes said the risk of spreading the virus is not only within correctional facilities, but also to the communities inmates will return to once their sentence is complete.

Acknowledging that 75 per cent of Saskatchewan’s prison population is Indigenous, the groups said the risk of spreading the virus would disproportionately affect Indigenous communities.

The group said the sooner these inmates are released the less risk there will be to the community and its already strained staff.