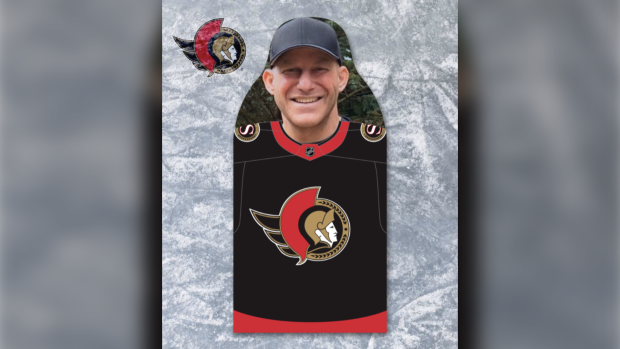 OTTAWA — Want to see yourself on TV at an Ottawa Senators game this season, even though you can’t be there in person?

Now’s your chance. The Senators are now selling fan cardboard cutouts for $75, the team announced Tuesday.

The team says the cutouts, which may feature a person or a pet, will be on display at the 100-level end sections of the Canadian Tire Centre.

Fans can upload their photo online and will be asked to sign an image-use waiver before the cutouts are delivered to the rink.

“Our goal is to create a connection between our fans and the team,” said Anthony LeBlanc, the team’s president of business operations. “While COVID-19 protocols prohibit our ability to open the arena to fan attendance, we want to recognize their importance to our game and our players.”

What’s more, the team says cutouts featuring the popular ‘Sens Sicko’ character, which has taken the team’s fan base by storm, will be allowed.

“We approved the Sicko image so as long as it’s clean, it’s good to go,” a team spokesman said. “We want our fans to feel like they are part of the game.”

Orders can be placed now and will be processed on a first-come, first-served basis. Fans won’t have a choice of particular seats.

Proceeds from the cutouts will go toward the Senators Community Foundation.

If you want to keep your cutout after the season ends, you can retrieve it from the rink or pay $25 to have it shipped to you.

Cardboard cutouts have been a popular initiative for other North American sports teams unable to host fans at their games because of the pandemic.

The Senators have 16 home games remaining in the regular season.