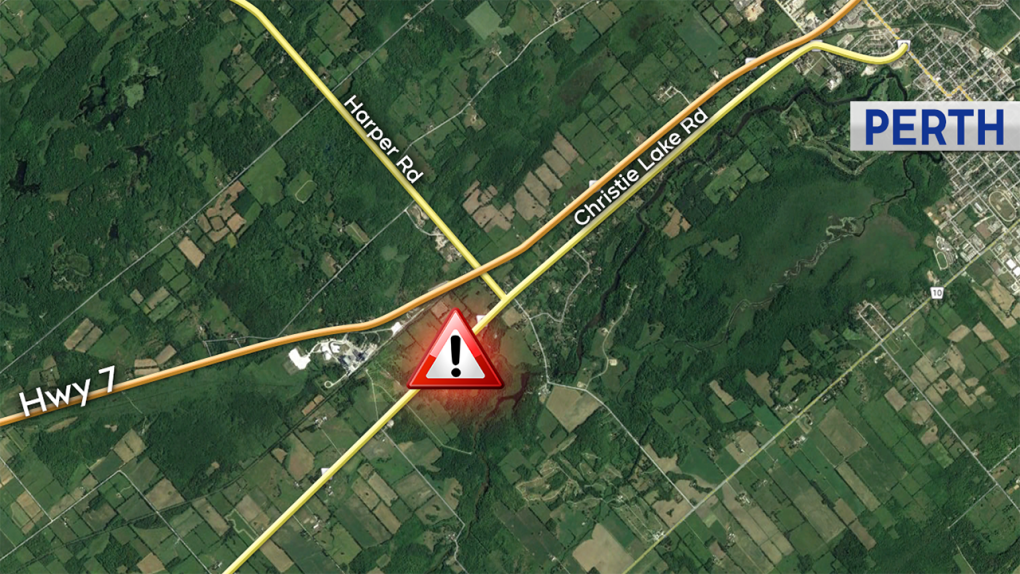 Ontario Provincial Police have identified the victims of a head-on crash about 90 kilometres southwest of downtown Ottawa.

The two-vehicle crash happened on Christie Lake Road between Glen Tay Road and Bowes Side Road in Tay Valley Township at around 11 a.m. Tuesday, OPP said in a news release.

The driver and passenger from one vehicle were pronounced dead at the scene. The driver of the second vehicle also died and a passenger was hospitalized with serious injuries.

Police identified the victims Wednesday morning as Tim Shepherd, 40, from Perth, Robert Bremner, 57, from Maberly, and Rose Dixon, 73, from Maberly.

A section of Christie Lake Road wasclosed between Glen Tay Road and Bowes Side Road, but has since reopened.