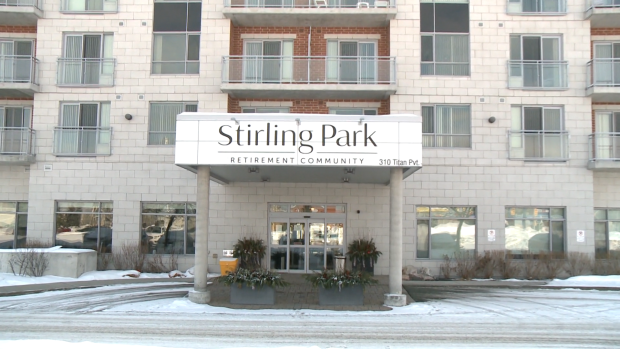 OTTAWA — Two employees at a retirement home have been let go following allegations an ineligible person received the COVID-19 vaccine at the facility in Ottawa’s west end.

Last week, Riverstone Retirement Communities announced a manager at Stirling Park Retirement Community was suspended and an investigation was underway after it was made aware of “concerns in regards to recent vaccination efforts at one of our communities.”

CTV News confirmed a manager at Stirling Park was accused of stopping a housekeeping aide from being vaccinated so his wife could get the vaccine instead.

Residents of the Stirling Park Retirement Community received the first dose of the COVID-19 vaccine last week. Riverstone Retirement Communities noted its employees have had access to the local vaccination program since it launched Dec. 15.

“Riverstone can confirm that following the investigation two employees are no longer with the company,” said Riverstone Retirement Communities. “Our focus will continue to be the health and wellness of our residents and employees.”

Ottawa Public Health launched a quality review of Stirling Park Retirement after receiving a complaint about an ineligible person receiving the COVID-19 vaccine at the retirement home. The incident was also reported to Ontario’s Ministry of Health.

“It’s a serious allegation. Ottawa Public Health received a complaint about a person receiving a vaccine at the retirement home who wasn’t eligible for the vaccine,” said Dr. Vera Etches, Ottawa’s Medical Officer of Health following last week’s Council meeting. “We’re following the provincial direction in phase 1 and in particular, right now, that residents of retirement homes be prioritized.”

Etches says the director of care at each retirement home provides a list of residents to receive the COVID-19 vaccine.