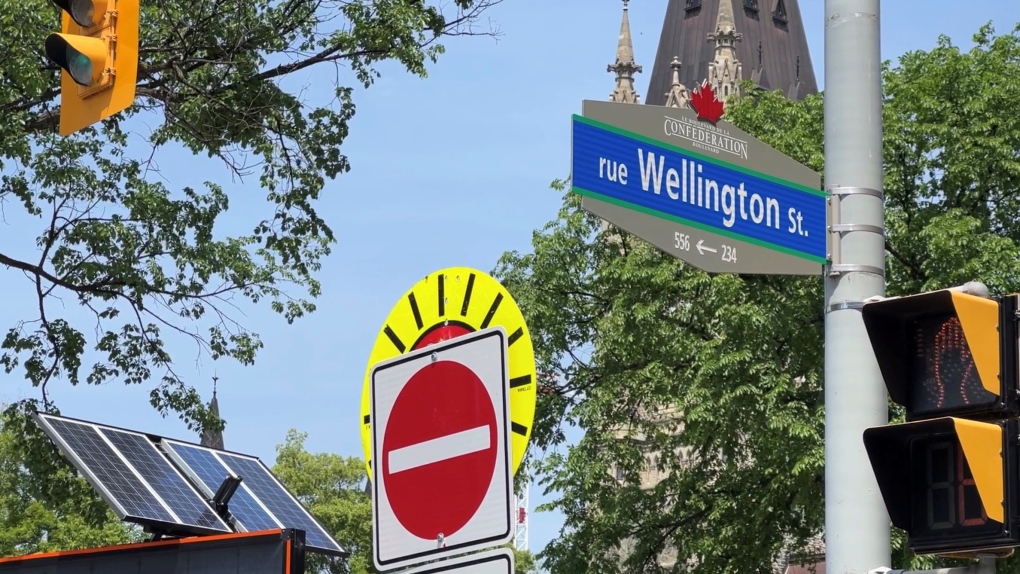 The future of a prominent stretch of road in front of Parliament Hill is being debated. Wellington Street remains closed since the convoy and some, including one city councillor, would like it to stay that way, while others argue it’s another blow to local businesses.

Only a handful of authorized vehicles, including tour buses, can drive down a half-kilometre stretch of Wellington Street, between Bank and Elgin streets. The prominent Canadian road, which offer a post-card perfect view of Parliament Hill, was blocked by trucks during February’s “Freedom Convoy” occupation, and then closed and barricaded, after police removed the trucks.

On Tuesday, Ottawa Coun. Catherine McKenney told a House of Commons committee that they believe it should remain closed to vehicular traffic permanently.

“We see many protests in front of Parliament Hill; we welcome protests, we welcome many visitors to the area, and by closing the block between Elgin Street and Bank, we will be able to increase that public realm for all Canadians to walk, to cycle, to take photos, to show pride in their nation,” says McKenney. “Our downtown has ample capacity to absorb any vehicular capacity that has routed away from this section of Wellington Street … Having chairs, just having space in the public realm is always going to benefit residents, people who work downtown and visitors.”

Gatineau Mayor France Bélisle also supports the plan for a pedestrian walkway and potentially a mall which would front the future site of the south block of Parliament. Bélisle was before the committee to push the city’s interprovincial tramway project—a street-level train which would carry passengers between Ottawa along Wellington Street, and across to Quebec, down Laurier Avenue.

But Sam Elsaadi, who owns two shops along Sparks Street, a pedestrian mall one block south of Wellington, does not agree that the street should close.

“You close it [Wellington Street], you are eliminating traffic to this neighbourhood,” says Elsaadi. “Tourists, they come by car drive around, they always drive in the front of the Hill, so if they see the Parliament, they find parking and they go up to the Hill … they worry about closing the street. Open the street and find a solution for parking.”

Elsaadi adds the bigger problem for Sparks Street and the surrounding downtown core is the lack of parking spots, which he says deters visitors and shoppers from coming to the area, especially during non-peak seasons.

“People always think, ‘Keep Sparks Street closed.’ If you’ve been here in the middle of the winter, this street is empty,” he says. “Even if there is more cars, traffic and parking, it might make the business make more money in the hard times.”

Christine Ledman, executive director of the Bank Street Business Improvement Area, says that surrounding businesses lost hundreds of thousands of dollars each day because of the convoy protest and that closing Wellington Street will only further hurt shop owners, who were already barely hanging on after COVID-related shutdowns.

“These losses were based on the lack of access to the area by visitors, clients, employees and local residents,” says Ledman, adding that, in Ottawa, people tend to travel more by car, and that in order to change how people get in and out of downtown, transit must become more reliable.

“Everything else has to align in order for the businesses to survive.”