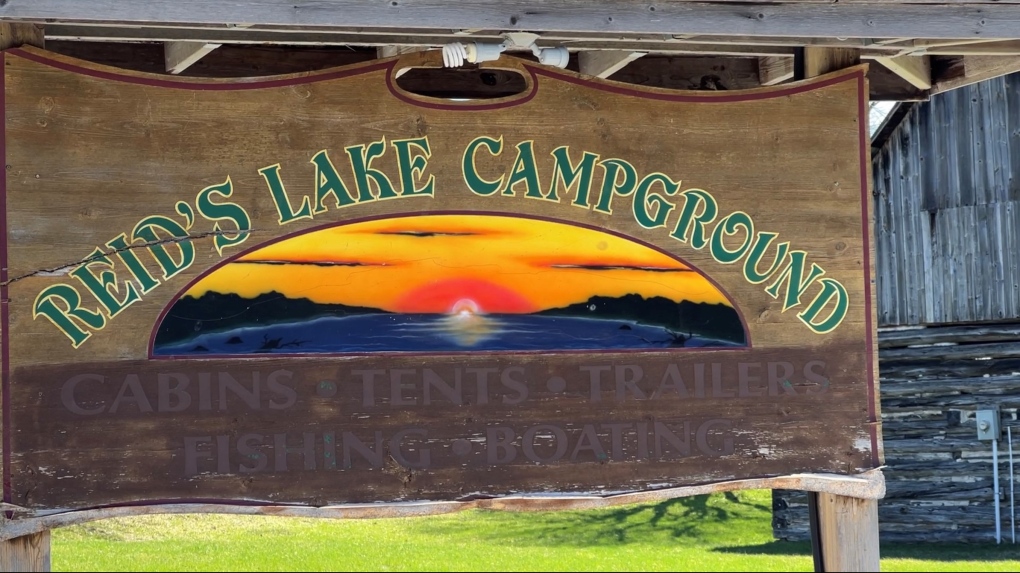 There are some unhappy campers at Reid’s Lake Campground in Renfrew, Ont., after they say they have to pay a massive last minute price hike only days before the opening.

Now, the campers are concerned the season could be lost if they do not settle the bill.

Céline Filion and partner Nicole Crevier savour their summer-time camping. As they head into the third season of weekend-getaway bliss, their resort of choice is Reid’s Lake Campground.

“It’s beautiful campground, the people are fantastic. It had everything I want, the main thing fishing and relaxing,” says Crevier.

Filion feels the same, or at least did before this week.

“It’s getting away on the weekends out of the city spending some time in the country,” says Filion. “It was a great experience until what happened.”

In December, the private campground was sold to Harmony Resorts, which owns ten other campgrounds across Ontario.

“In January we received a contract stating the payments, everything we needed to pay on certain dates and we paid accordingly,” says Crevier, who says the bill for the May to October term to park their camper. The camper is connected to hydro, water and waste, along with additional upgrade fees is $3,248.75.

“And then all of a sudden [on Wednesday] we received an email stating we owe an extra $3,000. We’ve been given five days notice because the campground opens May 1.”

The couple is not alone. Brad Landon, who booked his campsite, says he also received a notice, stating he owed about $3,200 more than he already paid.

“It’s shocking there is no other way to put it,” says Landon. “I’m retired. I don’t have that kind of money laying around and definitely wasn’t looking forward to doing this. At this time I’m looking for alternative spaces to take my camper.”

Deanna Maillet is faced with the same problem as well.

“We received payment schedule, we paid our deposit, we paid our payments and we had a balance of zero and then all of a sudden the very next day we didn’t and had a supplemental invoice which we have not received any information about,” says Maillet. “It’s not fair to spring this on us four days before camp opening. I just don’t think an increase of 80-something per cent is reasonable.”

The group say they have spoke to other renters at Reid Lake, who have also received similar correspondence. Filion says unless they pay, access to the grounds will be denied and the initial payment of thousands of dollars will not be returned. They plan to hire a lawyer to dispute the price hike.

Harmony Resorts did not respond to a request for an interview from CTV News Ottawa.

However, in the email received by Filion from Harmony Resorts, the company points to inflation as part of the increase, noted its new rates, and explained that improvements will be made including the addition of a pool, a laundry system, new showers and guest accommodations.

In the case of campgrounds, provincial and municipal tenant-landlord laws don’t apply.

“They are not rental agreements, campers are in a campground under what we call a license of occupation,” says Alexandra Anderson, executive director of the Ontario Private Campground Association. “These are private businesses with private contracts and we fall under the trespass to property act.”

Anderson says in many circumstances, campground owners will inform their clients in the fall as to what the set price will be the following year. In this case, that would not have been possible, as the Harmony Resorts did not purchase the property until later in the year.

For Maillet, her hope is that the resort will decide to back-track on the rate-rise, and let the campers have this season at the price they thought they were paying.

“We just want to stick out this season as detailed in our contract,” says Maillet. “We like it there the kids love it there.”

Landon is looking for a refund.

“At this time I’m looking for alternative spaces to take my camper,” says Landon. “I would have no problem with a six eight or 10 per cent increase I mean world wide everyone is looking at that.”

With the sharp rise in popularity in camping during the pandemic, finding a new site could be difficult.

“There’s is some availability for shorter stays but for someone looking for a full-term stay it is a little rarer,” says Anderson. “We do have some vacancies listed on our website, we do have some seasonal sites available.”

But Crevier questions if their money will be refunded and says it’s leaving the couple with a tough financial decision.

“We would have liked a little bit of notice. We realize that next year, new owners, we fully anticipated there’s going to be a big bump but there is going to be time to look at a different place to go find this,” says Crevier. “And guess what we have no time so we may have to pull our trailer find a storage unit and we miss the summer season.”