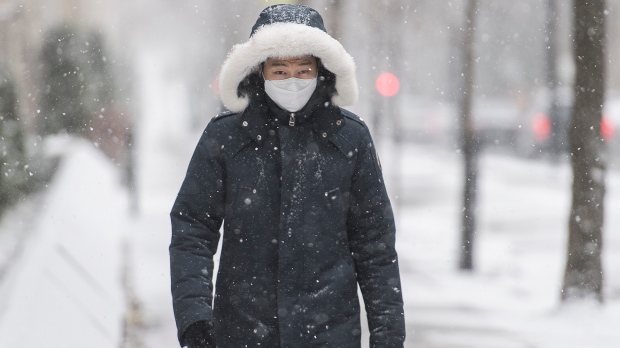 For the second day in a row, Quebec health authorities reported a record number of new COVID-19 cases.

On Sunday, 2,146 new cases were reported, the first time the number of new cases had topped 2,100 since the start of the pandemic. A day earlier, the province saw 2,038 new cases, which was just the second time new cases had been over 2,000 in a day.

Health Minister Christian Dube took to Twitter to call on Quebecers to continue distancing themselves from each other, saying pressure on the province’s healthcare system continues to grow.

There were 21 new deaths reported, of which three occurred in the last 24 hours and 18 happened between Dec. 13 and 18. In total, 7,736 people have died of COVID-19 in Quebec during the pandemic.

The new cases bring the total number of infections since the pandemic began to 176,985. Of those, 151,044 have recovered. There are 18,205 active cases of the virus in Quebec, according to the province’s National Institute of Health.

The province saw 719 doses of vaccine administered on Saturday, for a total of 4,716 since the first doses were given out on Monday.