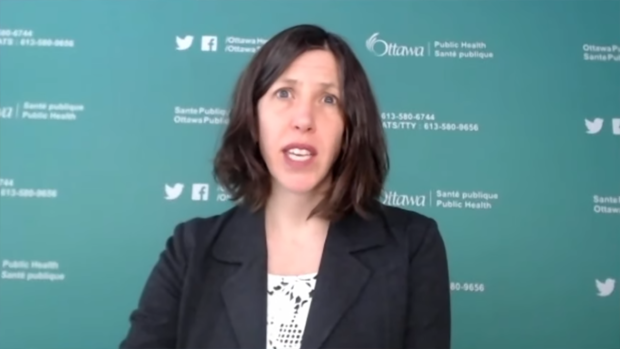 OTTAWA — Ottawa’s top doctor and a federal cabinet minister are offering to dye their hair in support of a fundraising campaign for mental health services at CHEO.

And after the campaign surpassed another fundraising goal overnight, the mayor of Iqaluit will be shaving his head in support of the services offered at Ottawa’s children’s hospital.

The fundraising campaign was launched by Ottawa Sports and Entertainment Group communications manager Chris Hofley last Friday when he decided it was time to cut his hair during the stay-at-home order. Hofley said that he would shave his head if he was able to raise $1,000 to support mental health services at CHEO.

Iqaluit Mayor Kenny Bell pledged to shave his head if the campaign reached $65,000. On Twitter, Bell notes CHEO takes “great care” of Nunavut Kids and “saved the lives of my cousin’s two kids.”

In an interview on CTV News at Five Wednesday evening, Bell said CHEO provides health care for children from Nunavut.

“Nunavut as a whole, we lack in health services right throughout our whole territory, so a lot of kids that are in need of care end up at CHEO in Ottawa very regularly,” said Bell.

Medical officer of health Dr. Vera Etches said on Twitter Thursday morning she would “happily dye my hair when salons open” if the fundraising campaign reaches $80,000.

Children’s mental health is vital to public health & the work done by the wonderful people @CHEO needs our support.
Yes, Chris, I will happily dye my hair when salons reopen if the fundraiser reaches $80K (maybe in @OttawaHealth green/blue/white?)
See the tweet below to donate. https://t.co/i1Tjf6HBDH

Minister of Infrastructure and Communities Catherine McKenna says she will colour her hair green if the campaign raises $70,000.

“I just saw all this momentum behind this cause. Chris really got it started and I thought you know, what mental health is such a big issue for young people generally,” said McKenna on CTV Morning Live Thursday morning.

“Think about the pandemic and what we’ve asked them to do – no activities, no sports, no regular school, a lot of time with parents and we’ve seen that reflected in what’s happening.”

McKenna notes next week is Environment Week, and she thought she would dye her hair green to support CHEO.

“It’s a great cause, and heck, why not?” said McKenna. “We’re so lucky to have CHEO and it’s just so hard for young people.”

CTV News at Five anchor Matt Skube will shave his head when the campaign reaches $75,000.

Other notables in the fundraising campaign so far, Coun. Tim Tierney shaved his head at $2,000, OC Transpo operator Pepe Valencia shaved his beard at $15,000 and Move 100’s Stuntman Stu ate a pineapple pizza at $25,000. Newstalk 580 CFRA’s Maddy Eisenberg will dye her hair after the campaign raised $60,000.

To donate to the campaign, visit the CHEO Foundation website.

Youth mental health services at CHEO have been strained by the pandemic, as the demand for services has increased dramatically. The funds raised go directly to CHEO and will help provide some relief to those looking for help.