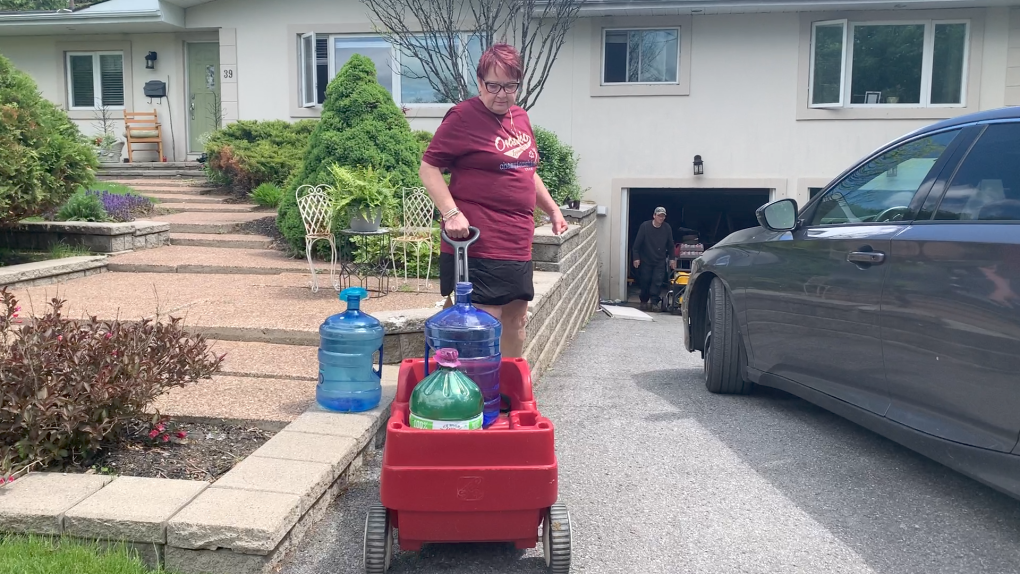 Now into the second week of storm cleanup, many Ottawa residents remain without power across the city.

Residents like Catherine Maddigan are also still without water.

“I go over to my neighbours and I fill up with a hose and just bring the wagon back,” said Maddigan, who has been transporting jugs of water by a children’s wagon. “It’s my grandson’s wagon, thank goodness I had it.”

Maddigan, who lives in Merivale-Gardens, relies on well water and a septic tank. Her neighbours also generously supplied a generator to keep their freezers running, but the food is starting to thaw.

“If you don’t have a generator it’s going to be even tougher,” she said.

A grain bin along Woodroffe Avenue and Slack Road is part of the debris that remains from the May 21 storm. Hydro crews are continuing to work hard along the road to restore power, with Hydro Ottawa assuring residents they have not been forgotten.

On the opposite side of the city, the Overbrook Community Centre is set up as a hub for those looking for food, a hot shower and a charging station.

Serving over 2,500 meals a day with donations from the community and the food bank.

“I come take the food for my children. I have four children,” said Goundo Sy. “Today is one week no light. It’s hot.”

“It gives us a little break just to come in and just be around people and charge our phones,” said Linda Richardson as she waited for her phone to charge.

Back at Merivale Gardens, Maddigan takes in the damage of a nearby home, waiting patiently for the power to return. But that is just the beginning of the clean up.

“[it will take] probably months,” said Maddigan. “I can’t even get a hold of my adjuster, my insurance.”