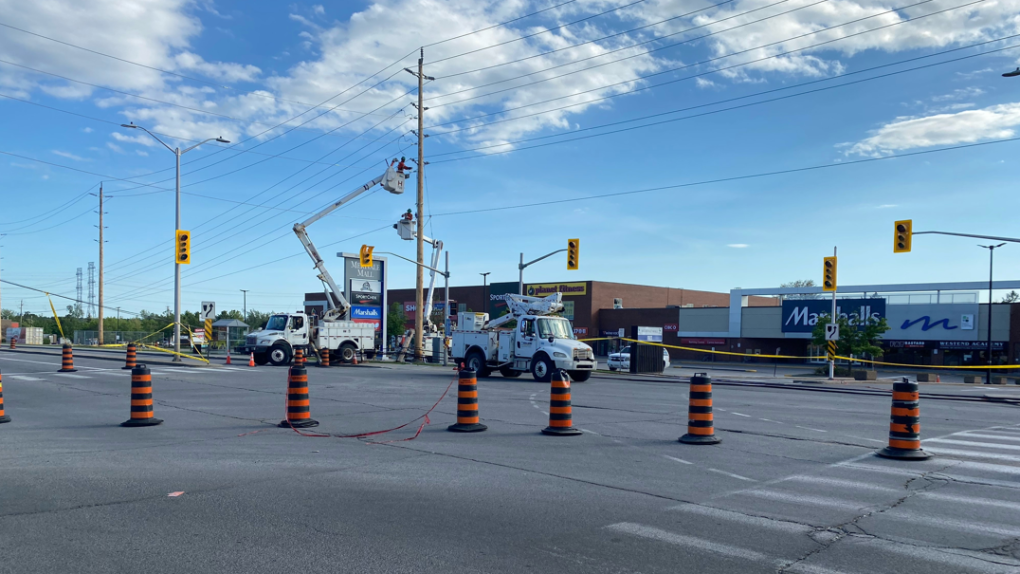 Hydro crews are now focusing on “smaller pockets” of outages across the city of Ottawa, after restoring electricity to the bulk of the power grid on Sunday.

There were 8,000 customers without power in pockets throughout Ottawa as of Monday morning at 8 a.m. Power has been restored to 172,000 Hydro Ottawa customers since a May 21 storm left a trail of destruction across the capital.

Officials are set to give an update at 2 p.m. with the latest on storm cleanup efforts. You can watch it live on this page.

More than a dozen schools remain closed today due to the power outages, and the city of Ottawa is opening “one-stop shops” for community support information.

In a memo to council Sunday evening, Hydro Ottawa president and CEO Bryce Conrad said that after reconnecting priority infrastructure, the priority was “flowing power to each and every circuit” in the “bulk power grid” as soon as possible.

“To be very clear, there are still 9,000 customers that are not connected to the grid – owing to various tree contacts, damage to equipment or other interference.  With the bulk grid operational, our crews will now turn to those smaller pockets of outages.”

Hydro crews from Toronto, Kingston, London and New Brunswick have been assisting Hydro Ottawa crews. Conrad said another 50 contractors joined the effort on Sunday, and more are expected to arrive on Monday.

Hydro Quebec is reporting 603 customers still without electricity in the Outaouais. Hydro One was reporting 7,600 people without power in Eastern Ontario on Monday, down from 12,000 on Sunday.

All students at closed schools will shift to online learning today.

The Ottawa Student Transportation Authority says school bus service on Monday will be based on open schools as of 2 p.m. on Friday.