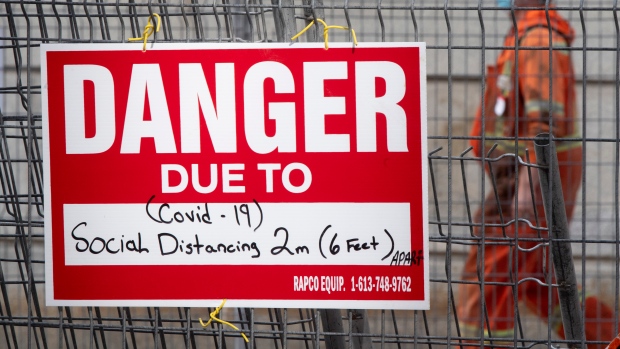 OTTAWA — Businesses in Ottawa and eastern Ontario will be visited as part of an Ontario Government education and enforcement campaign to stop the spread of COVID-19 in workplaces.

Premier Doug Ford announced the inspection blitzes in areas across the province to ensure businesses are taking step to keep employees, consumers and the public safe.

“We’re deploying an army of inspectors to help support our businesses through education and feedback on their safety plans,” said Ford in a statement.

“For the bad actors who are intentionally breaking the rules, I’m providing a fair warning. We’ll find you and slap you with a big fine. It’s that simple.”

The province says the education and enforcement campaign will support the current efforts of police, municipal bylaw officers and public health inspectors to educate businesses and enforce COVID-19 health and safety requirements.

Ford did not say when campaigns will be launched in Ottawa and the Eastern Ontario Health Unit region. Inspection campaigns are also planned for York Region and Toronto.

During a two-day campaign in Peel Region earlier this month, 50 provincial offences officers and six bylaw officers visited 330 retail establishments, including supermarkets, big-box stores and shopping malls. The province says more tan 82 per cent of businesses were found to be in compliant with public health requirements.

A media release from the province said the most common areas of non-compliance during campaigns to date have been improper mask use, lack of screening or improper sanitization.