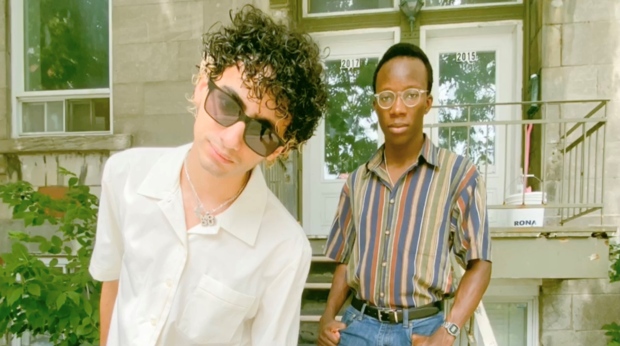 OTTAWA — An Ottawa duo is behind a new app with millions of users that is now catching the eye of Apple.

It all started when Sarr asked photographer Alissa with help achieving the 3D effect.

“I showed him an alternative [way of] taking it and he was like ‘Oh, this is super cool. If you can do it on your phone it should be an app,'” Alissa said.

“Then we just looked at each other and were like ‘well yeah, we should make this an app.'”

Just over two years later, the app is well on its way to three million downloads, with users spread across the globe.

“It’s been pretty amazing. We originally developed this for us and our friends to use because Mo and I and then realized there is so much more of a demand for this,” Sarr said.

The success of the app has attracted the attention of Apple. The tech giant invited the duo to take part in the Entrepreneur Camp For Black Founders and Developers.

“When I got the email it was really exciting because just having that ability to not only get access to Apple’s teams and advice on our app but also to have this amazing network of some really powerful app creators, it’s just been amazing for us,” Sarr said.

Sarr has been taking part in the camp for the past several days.

It’s an exclusive group of 13 developers; connecting and collaborating over their passion to create and their shared experiences as Black developers.

“I look around, especially being from Ottawa, there’s not a lot of people that are like me that are doing this, and that look like me doing this,” Sarr noted.

“It is difficult because you don’t really find too many people your colour to ask for advice,” Alissa added.

It’s a problem they hope won’t impact them as much with the connections they hope to make throughout the camp.

“Being able to be surrounded by people like me who are doing this is really just mind-blowing and incredibly inspirational,” Sarr said.

The duo recognizes their unique situation, knowing that even though they have had success as Black developers, there is still a ways to go.

They hope they can be part, paving the way for future young Black developers.

“We definitely do a lot of things to inspire other people. We’re just young people, both of colour, and we just try to prove a lot of people wrong. Whatever’s impossible we just try to tackle.”

An attitude that’s bringing their photos and their future to a new dimension.