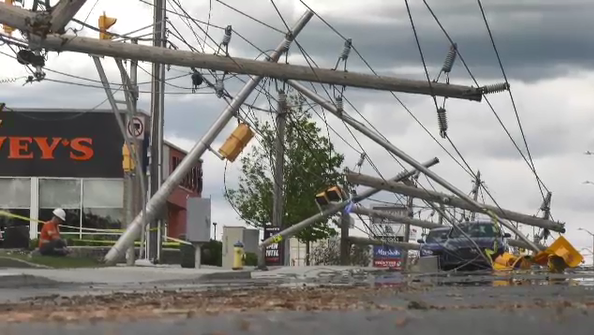 Ottawa city council’s meeting scheduled for Wednesday has been cancelled as cleanup from Saturday’s storm continues.

“Due to the severity of the situation on the ground and the fact that many Councillors and thousands of residents are still without power, I have decided to cancel tomorrow’s City Council meeting,” Mayor Jim Watson wrote on Twitter Tuesday.

“All items will rise to Council on June 8th.”

More than 74,000 Ottawa residents were still without power early Tuesday afternoon. City officials are asking people to stay home if they can with many traffic lights still out. English-language schools are closed.

City council was due to vote on Lansdowne 2.0, the Ottawa Sports and Entertainment Group’s $330-million plan to build new stands, an arena and 1,200 residential units at Lansdowne Park.