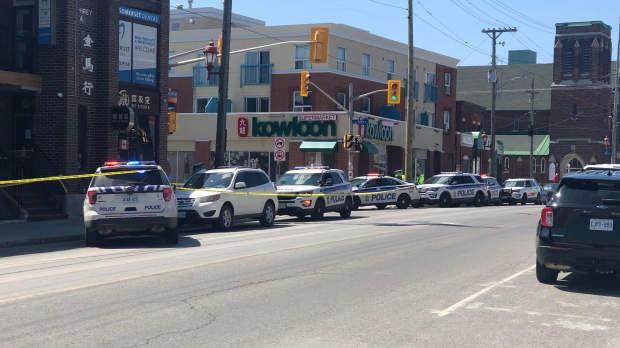 OTTAWA — Ottawa police have a man in custody after two people were stabbed in Chinatown on Friday, leaving one dead and the other with serious injuries.

Officers responded to a call at just after 9:40 a.m. for a stabbing at the intersection of Somerset Street West and Arthur Street.

Police say officers found a man that had been stabbed. He was taken to hospital, where he was pronounced dead.

Police have identified him as Carl Reinboth, 64, of Ottawa. Reinboth was a harm reduction worker at the nearby Somerset West Community Health Centre, officials there confirmed.

Police say the same suspect stabbed another person about two hours later, around 11:50 a.m., on Somerset Street West near Bronson Avenue. The Petro-Canada gas station on the corner was cordoned off Friday for that investigation.

That victim was taken to hospital with serious injuries, police said.

Police say charges are pending against the suspect.