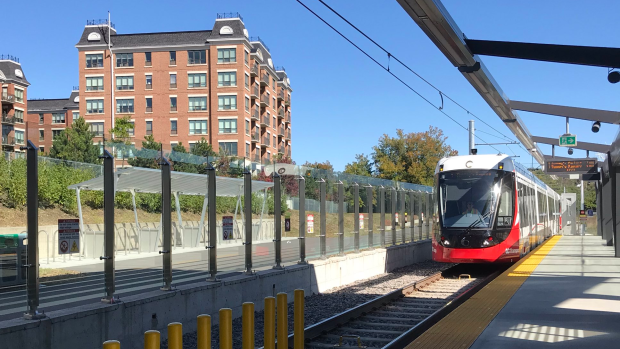 OTTAWA — Ridership on OC Transpo is not expected to recover any time soon and is anticipated to decline further in the coming weeks, transit commission has heard.

Staff say ridership across the transit system was at 26 per cent of usual levels in March, slightly lower than the 27 per cent reported in February.

Staff anticipate that with the current province-wide stay-at-home order in effect until at least May 20, ridership for April and May could be even lower.

Ridership was increasing before pandemic hit

A report for the transit commission showed that ridership in 2020 was higher year-over-year before the COVID-19 pandemic hit. A chart prepared for the meeting showed ridership levels in January and February of 2020 were higher than the same time in 2019, but levels began declining significantly in March as lockdowns came into effect.

Ridership was at its lowest in the spring of 2020, but slowly began to return in the summer and fall as the economy reopened. Overall, the transit system reported 40.5 million trips in 2020, which was 58 per cent lower than in 2019.

OC Transpo is also keeping fewer trains running on the O-Train. The light rail line through downtown Ottawa has consistently seen the largest drop in ridership as many of its primary users are working or learning remotely. In March, the city reduced peak service on the Confederation Line to 11 trains from 15. The cost-saving measure was scheduled to end in April but will now be extended through July.

When the move was first announced in mid-February, OC Transpo said it would enable the city to save $100,000 in monthly service payments to the Rideau Transit Group (RTG) and would save between $50,000 and $60,000 on electricity costs.