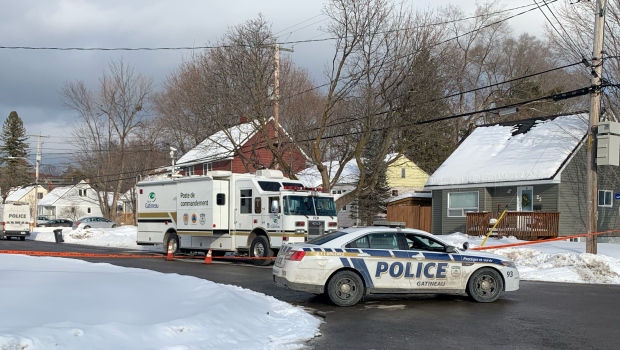 GATINEAU, QUE. — Gatineau police say a second-degree murder charge has been laid in the city’s first homicide of 2021.

Police were called to a home on Promenade Wychwood in Aylmer at around 12:30 a.m. Monday on reports of a fight.

There, officers found two injured men and took them to the Hull hospital.

One of the men, identified as Norman Richards, 61, died of his injuries. An autopsy is scheduled for tomorrow.

The suspect, Luk Deslauriers-Forest, 37, made a court appearance by telephone Monday to face a second-degree murder charge. He remains in police custody in hospital.

The nature of the two men’s injuries was not disclosed.

Police said there was no broader risk to the public.

“This is an isolated incident involving two individuals who lived under the same roof,” a Gatineau police media release said in French.

Police said no other information would be released, citing the ongoing legal process.