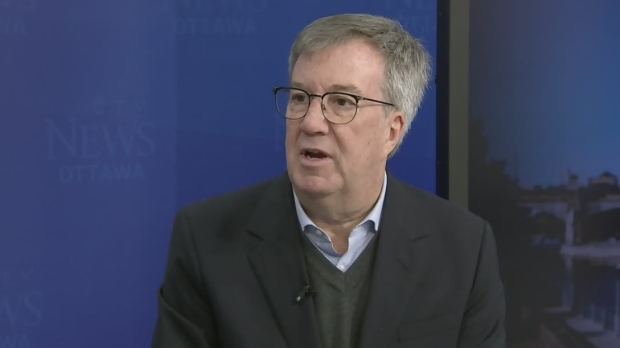 OTTAWA — Mayor Jim Watson has posted a lengthy thread on Twitter, speaking out against overt acts of racism and urging residents of Ottawa to stand against racism in all its forms.

I would like to provide some comments on the tragic events that have transpired in the US.

The killing of George Floyd has left many Ottawa residents and Canadians shaken, angry, hurt and disgusted.

The mayor’s comments come on the heels of the killing of George Floyd in Minneapolis, Minn. last week, which prompted demonstrations across the U.S. that have been met by heavily-armed police forces.

In his thread, Watson says racism is present in Ottawa and Canada.

“[W]hile the death of Mr. Floyd has focused most attention on the United States, we know that as a country, we are not immune to racism, or racist behavior, and we are far from perfect,” Watson said. “Racism is present in our midst.”

And we must continue to stamp it out whenever it rears its ugly head, whether it’s in the community, at a police station, at City Hall or anywhere else.

Watson said it is the obligation of every Canadian to denounce racism whenever it is witnessed, and he pointed specifically to acts of racism against people of Asian descent amid the COVID-19 pandemic.

And that includes standing up for our fellow residents of Asian descent who are being subjected to racist and hurtful taunts because of the absurd notion that they somehow bear responsibility for the COVID19 pandemic.

Watson says he will be attending the “No Peace Until Justice” demonstration, planned for Friday afternoon at the U.S. embassy on Sussex Drive, though he urged attendees to practice proper pandemic measures, as COVID-19 is still in the community.

With that being said, I plan to take part in the “No Peace Until Justice” march at the U.S. Embassy on Sussex with members of the community on Friday, June 5 at 3:00pm.

“While I know this is an important event, and I am encouraged by the positivity surrounding this particular gathering, we MUST remember that the COVID-19 pandemic is still present in our community. Let’s be safe, and avoid setting ourselves back weeks, or even months,” he said.

The headline of this article has been changed to better reflect the nature of Friday’s event at the U.S. embassy.