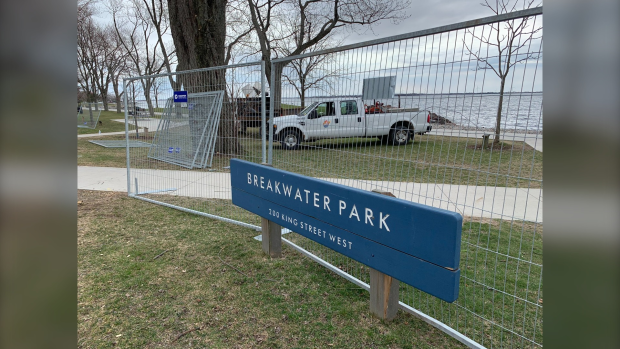 KIINGSTON, ONT. — The City of Kingston says the popular Breakwater Park will remain closed for at least another week.

In a release, the city said the park would remain closed until at least 4 p.m. April 27 to prevent crowding.

“I renewed the emergency order to close Breakwater Park for an additional seven days given ongoing concern about our COVID-19 case count locally,” Mayor Bryan Paterson is quoted saying in the release.

According to Kingston, Frontenac, Lennox & Addington Public Health, the region has 88 active cases of COVID-19. One person is hospitalized in the ICU.

The park was closed on April 9 amid reports of large crowds of people.

Hundreds of people had signed a petition calling on the mayor to reopen the park. Paterson said he expects the city will be in a better position to open the park next week.

“We know how important this area is to the community, especially at a time when getting outdoors is so important, and I expect we will be in a better position to open the park in another week. We’re exploring a number of options to ensure it can be done safely.”

Fences will remain up on the north, east, and west boundaries of the park. Anyone using the park, even alone, is subject to a fine.