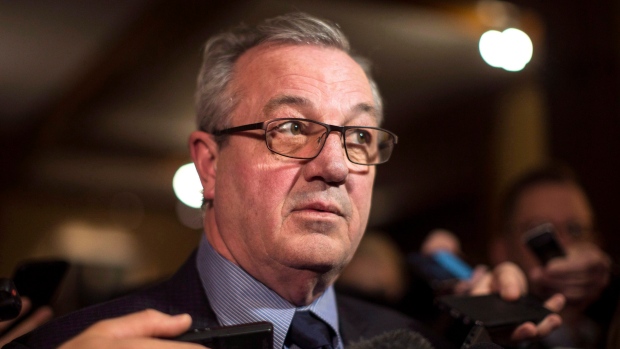 KINGSTON — Kingston City Council has voted unanimously to condemn their member of provincial parliament over actions and messaging during the pandemic.

Lanark-Frontenac-Kingston MPP Randy Hillier has been outspoken on the COVID-19 crisis and the measures taken to fight the virus.

Hillier has been fined twice under the Reopening of Ontario Act for attending, and speaking, at anti-lockdown demonstrations, including late last month at a church in Aylmer, Ont.

He was also one of four people charged under the Reopening Ontario Act for attending the illegal gathering outside Kemptville’s South Branch Bistro that happened on April 8th.

Several municipal councils, including Carleton Place and Smiths Falls, have formally denounced his actions during the pandemic.

Bridget Doherty, the city councillor for the district of Portsmouth, put forth the motion which also calls for an investigation by Ontario’s Integrity Commissioner.

“This conduct cannot be condoned,” she explained. “And if it were any of us. Mayor Paterson or my fellow councillors if any of us were to behave the same manor, the Integrity commissioner would be called immediately none of us would get away with this. Why should a member of provincial parliament? This motion boils down to one question: do we condone this harmful and unethical behaviour.”

She said that the vote was not about “censorship.”

“The motion in front of us tonight was not written because an MPP was voicing his opinion, elected officials voice their opinions all the time, and opinions differ, this is exactly what we do at every council meeting,” she said.

CTV News Ottawa reached out to Randy Hillier for comment, but has not heard back.