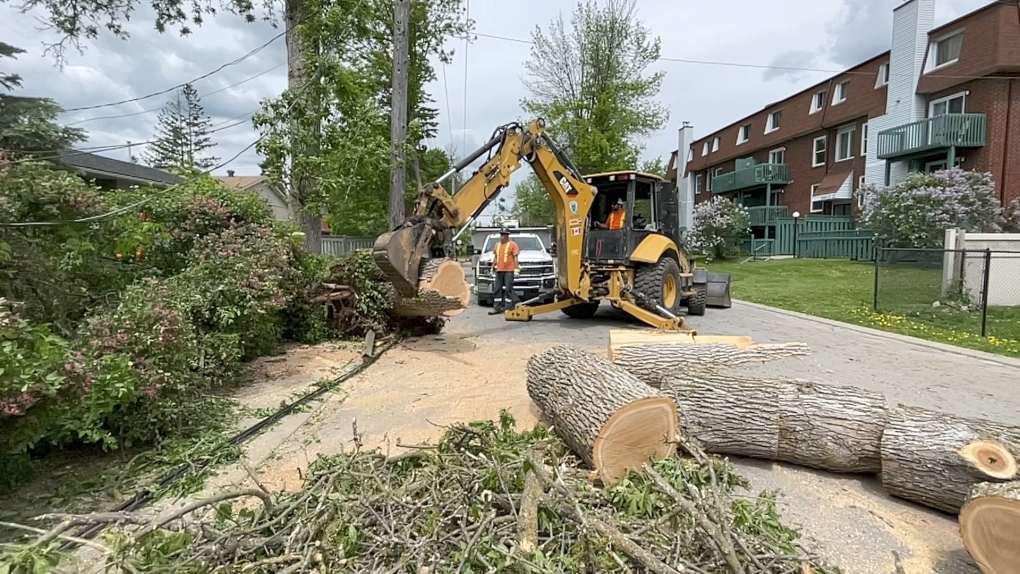 Hydro One says more than 10,000 customers in Carleton Place have had their power restored after crews repaired the main line powering the town.

Nearly four dozen hydro poles that feed electricity to the city were downed by Saturday’s powerful derecho storm. Mayor Doug Black told CTV News on Tuesday that it could be days before the entire community gets its power back.

Hydro One said Wednesday that a team of 40 line maintainers from the eastern region used cranes, bucket trucks and off-road equipment to repair three kilometres of power line Tuesday night.

“Through this total team effort, what originally took us months to build in 1989, we were able to complete in days. We greatly appreciate our customers’ patience during this time,” Hydro One line maintainer Dave Phillips said in a news release.