A piece of maritime history finally made its way up the St. Lawrence River to Brockville, offering free tours to the public, and previewing a much anticipated festival.

The HMCS Oriole arrived on Monday morning after a two-day delay, and will head towards Lake Ontario and Toronto Wednesday morning.

“It was very awesome,” Krista said. “I enjoy boats; I grew up in the army and the air force so it’s nice to see the navy part of Canada.

“Always know your history of your country and be proud of it,” she added. 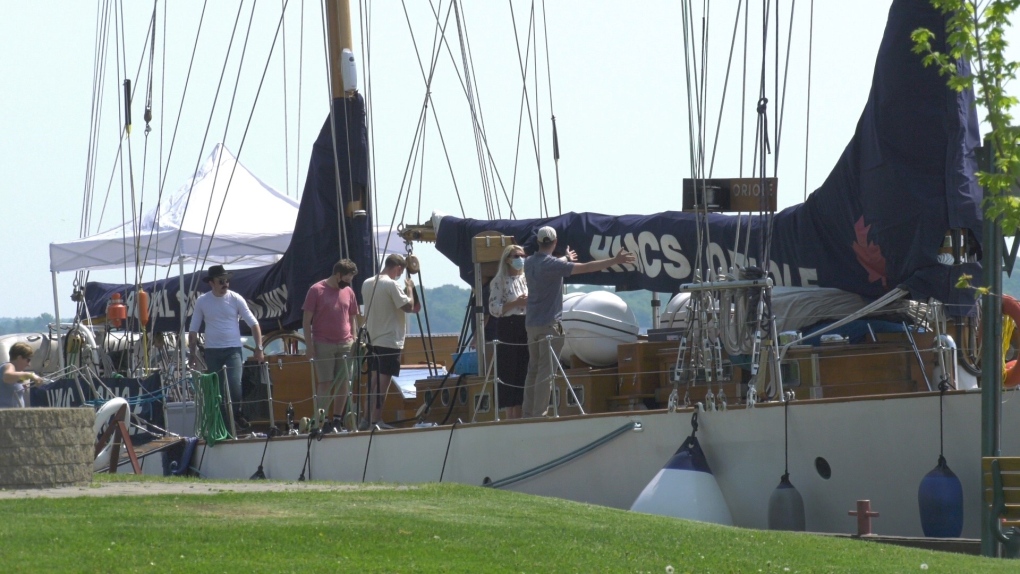 The Oriole is currently the oldest vessel in the Royal Canadian Navy and the longest commissioned ship. It turns 101 this year.

Built as a private yacht in 1921, it was handed over to the navy for navigation training in the Second World War. The ship is 19 feet wide, 102 feet long and 102 feet tall.

“We’re coming back to the lakes after COVID-19 to celebrate its 100th anniversary, its 101st anniversary, and to reach out to Canadians in the greater Toronto area as well as Ontario and Quebec,” said Lieutenant Commander Robert Pelton.

The ship today is mainly used for outreach and recruitment, but training still happens.

“You learn a heck of a lot during your time on board Oriole just because you are out in the elements, on the water, waves are either crashing on you, wind on your face and sometimes even the rain too,” Pelton said.

For the crew of 19, it takes all hands on deck to operate.

“It’s a little cramped, but everyone gets a long and have some fun as much as possible,” Pelton said.

“Teamwork is key on this vessel to make it run. There are no winches on board, so you need everyone to raise pretty much any sail and it’s a great team effort,” he added, showing off the manual cranks to raise the anchor.

The ship was on the west coast for decades, but it returned to the east coast in 2017 for Canada’s 150th celebrations. Its current home port is Halifax.

Pelton said he enjoys letting visitors on the ship to tell its rich history.

“It’s a great feeling, and I think most, if not all the ports I’ve actually been to, there’s been at least one or two people who have served on board and have their own stories, so that’s always a great thing to see and it’s why its one of Canada’s greatest ships,” he said. 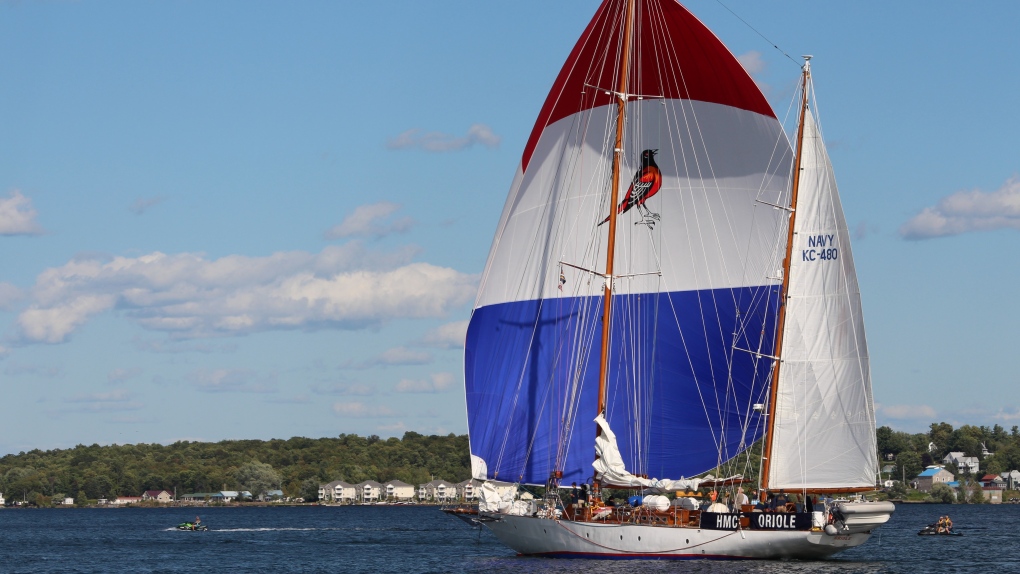 “There was one gentleman back in St. John last year that was saying he was on board when the mast broke and our gentlemen on our duty watch went down below and showed him the piece of the mast and he started going into tears, so it was pretty good,” Pelton added.

The Oriole is in town teasing the upcoming Brockville Tall Ships Festival happening in June. It could not attend this year’s event due to a scheduling conflict.

“I think it’s very important and it’s going to get the juices flowing a little bit in people in saying, ‘Hey, this festival I don’t want to miss,'” said Tall Ships Festival Chair Brian Burns.

“All of tall ships festivals have had very strong responses and we expect very huge crowd for this year’s festival,” he noted.

Tall Ships America sanctions this festival and the event comes through the seaway and the Great Lakes every three years.

“This year we have six tall ships, we have Canada’s largest tall ship, the Empire Sandy, and our very own Fair Jeanne,” Burns said. “We have a Spanish galleon, we have a tall ship that has never seen the water yet, it was constructed in the little village of South Mountain about 20 miles northeast of here.”

Theodore Too will also make a return to the waterfront as well as a 90-foot hovercraft from the Canadian Coast Guard. 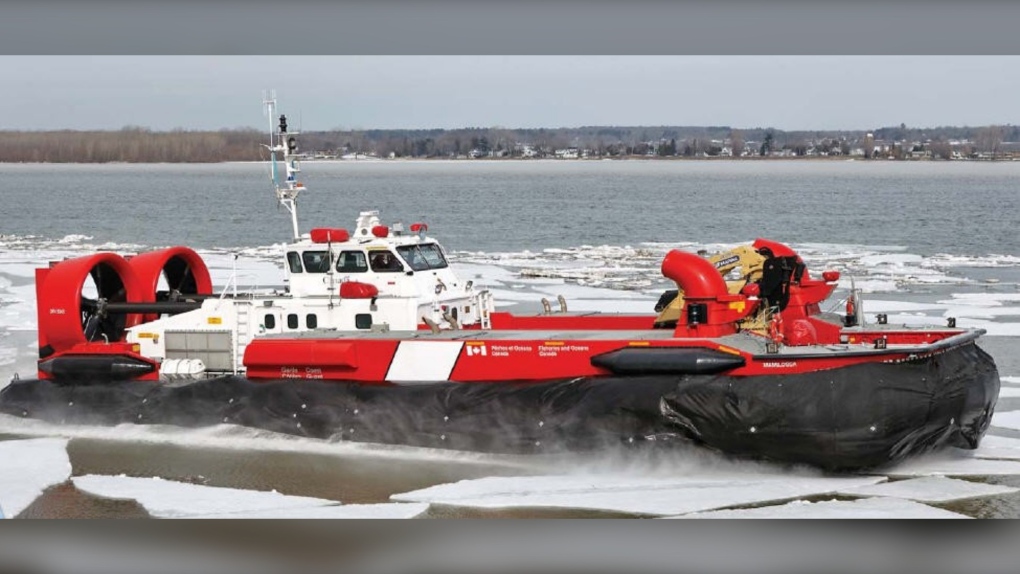 “This year, we have added a main stage on Blockhouse Island and our feature entertainment is Sean McCann, formerly of Great Big Sea,” Burns added.

“It just means so much to the city of Brockville to kick-start our tourist season and get it going from there,” he said.

On Tuesday morning, a small ceremony was also held in front of the HMCS Oriole, honouring World War and Korean War veterans.

“Just to say thank you to them for their service for our country,” Burns added.

Since Monday, hundreds have taken an opportunity to climb aboard the vessel to take a closer look.

“We’re looking forward to the tall ships coming, we’ll definitely be here for that too,” said Cleat.

“We’re glad that they were able to come here even though they are not able to make the tall ships but it’s still wonderful to see it and I wish them the best on their way,” Krista added.