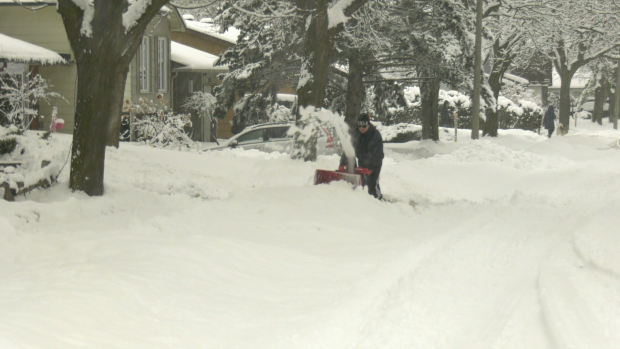 OTTAWA — Environment Canada says Ottawa and parts of eastern Ontario can expect a blast of snow this week.

A special weather statement calls for up to 25 cm of snow between Monday night and Tuesday morning.

“Light snow is expected to affect the area Monday morning and afternoon with a few centimetres possible,” the statement begins. “A much more significant area of snow will move into the region Monday evening. The snow will likely fall heavily at times and continue into Tuesday morning. Total amounts of 15 to 25 cm are possible.”

The weather statement is in effect for much of eastern Ontario to the east and south of Ottawa, including the Prescott and Russell area, Lanark County, and along Highway 401 between Belleville and Cornwall. A similar advisory is in effect for Gatineau as well. There are no advisories in place at this time for Renfrew County or other areas west of Ottawa along the Ottawa River.

Environment Canada says snowfall warnings may be issued as the storm draws closer. There are already snowfall and winter storm warnings in place for parts of southern Ontario, including the GTHA.

The forecast for Ottawa includes 2 to 4 cm of snow Monday morning, turning heavy after midnight Tuesday.

The high for both Monday and Tuesday is minus 7C.