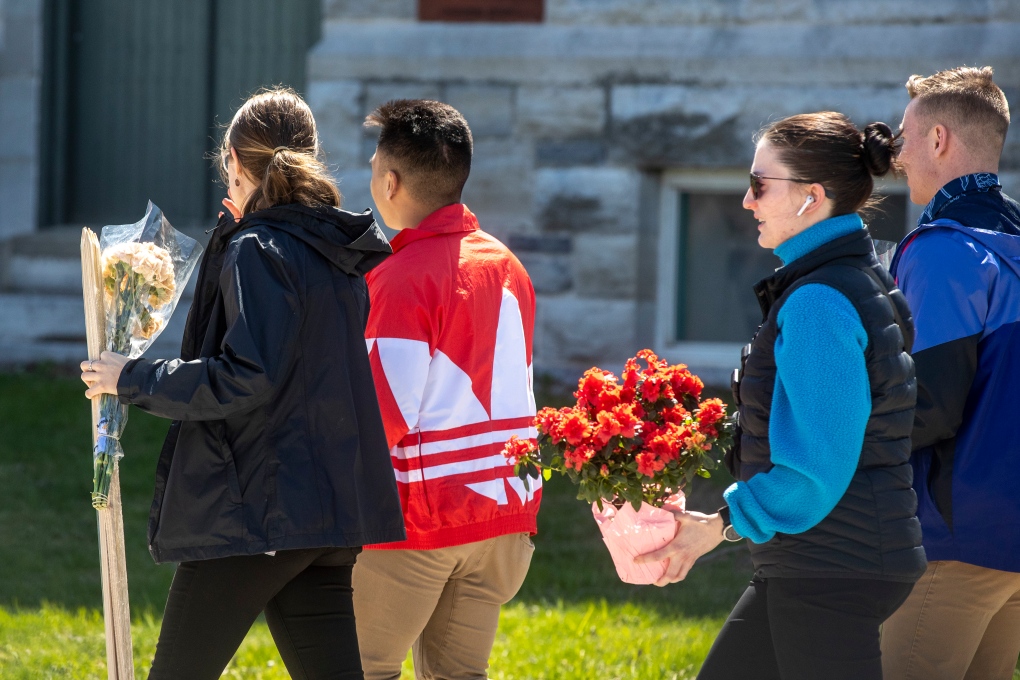 The celebratory sounds of the school year ending have been hushed by tragedy at Canada’s Royal Military College as students and staff mourn the loss of four of their own.

Officer cadets Jack Hogarth, Andrei Honciu, Broden Murphy and Andres Salek, all poised to graduate, died early Friday morning when their vehicle plunged into the lake that surrounds the campus in Kingston, Ont.

Students had to push on with the final day of exams Saturday with the incident hanging over their heads, but said they tried to focus on the task at hand.

Prime Minister Justin Trudeau issued a statement saying his heart breaks for the families and friends of the four who died.

RMC Commandant Josee Kurtz said Friday that the entire college community is devastated by the loss.

The investigation is ongoing.

This report by The Canadian Press was first published April 30, 2022.