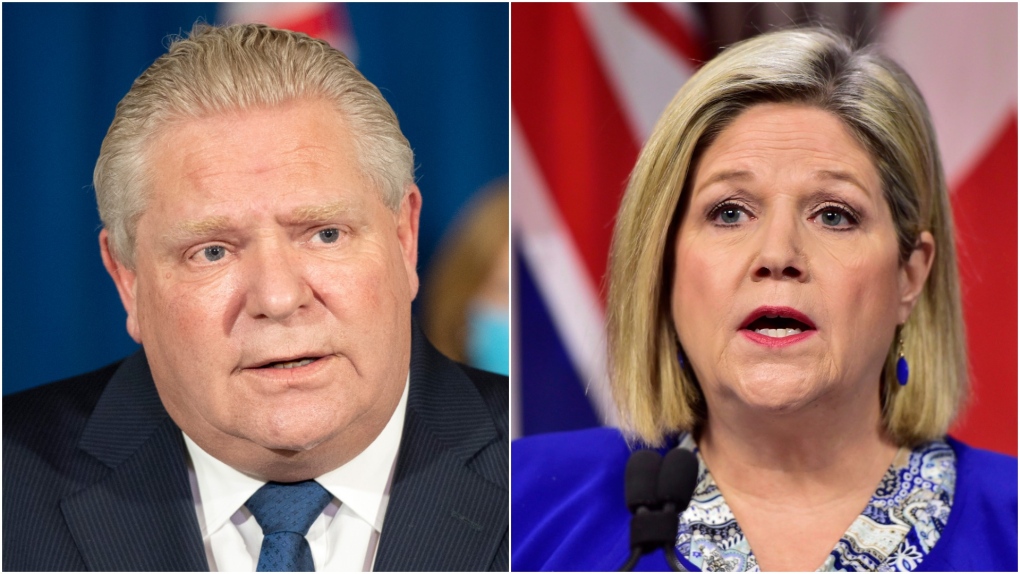 Ford is making an announcement on Baxter Road in the city’s west end on Monday morning. After that, Ford will make a pair of stops for photo ops in Orleans.

It’s the PC leader’s first visit to Ottawa of the campaign. Ford has faced questions about why he didn’t visit the city sooner in the wake of a powerful and deadly storm that left tens of thousands of people without power.

Horwath is ending her day in Ottawa West—Nepean, making an announcement at Beachconers ice cream shop near Britannia Beach.

NDP candidate Chandra Pasma lost the riding in 2018 by fewer than 200 votes, and is running again against PC MPP Jeremy Roberts.

Election day is on Thursday.