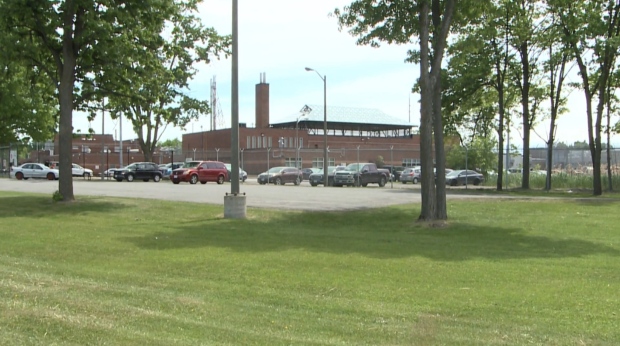 OTTAWA — For three days the Ottawa Carleton Detention Centre has been in lockdown. The facility that houses hundreds of inmates is now dealing with an outbreak of COVID-19.

Ottawa Public Health confirmed the outbreak, but due to a lag in recording, the outbreak won’t appear on the public health dashboard until Saturday.

“We’re (expecting) at least in the high 20s for inmates and five confirmed (cases in) staff,” said Scott Forde, a correctional officer at the detention centre and president of OPSEU Local 411.

An outbreak was previously declared at the Ottawa Carleton Detention Centre (OCDC) in October of last year. But Forde says many are concerned.

“(OCDC) was built to warehouse inmates, it is not a facility designed to socially distance,” he added.

The concerns are shared by inmates.

“I’m extremely concerned that there’s an outbreak,” said Deepan Budlakoti, an inmate at the facility.

Budlakoti is one of hundreds of eligible inmates who turned down a COVID-19 vaccine, something he says was due to a lack of information about the dose.

“People want to know what they’re getting shot into them, especially when you have limited information, especially in the context of a prison,” Budlakoti said.

“I’m sure if they provided a lot more information a lot more people would’ve gotten vaccinated,” he added.

As of Thursday, Ottawa Public Health says 152 of the nearly 400 inmates have been vaccinated, about 38 per cent and a far cry from the over 60 per cent of Ontarians with their first dose.

“Staff from OPH supported OCDC in the operation of the clinics and helped ensure standard operating procedures were followed, including reviewing with inmates informed consent prior to immunization, answering questions about the vaccine and providing standard after care information,” Di Monte said.

“I think that everything that can be done has been done. The information has been shared by both the nursing department and the correctional staff and management,” Forde agreed.

Some legal experts say public health needs to do more when informing inmates about medical procedures.

“We really need to give the inmates the tools to make the decisions they want to make but they’re hesitant to make because of decades of mistrust and abuse,” criminal lawyer Michael Spratt said.

“There is increased hesitancy in our institutions. These are individuals who are disproportionately poor and marginalized and they simply don’t have the tools that you or I, or anyone in normal society, would have about the process and the benefits of getting a vaccine,” Spratt added.