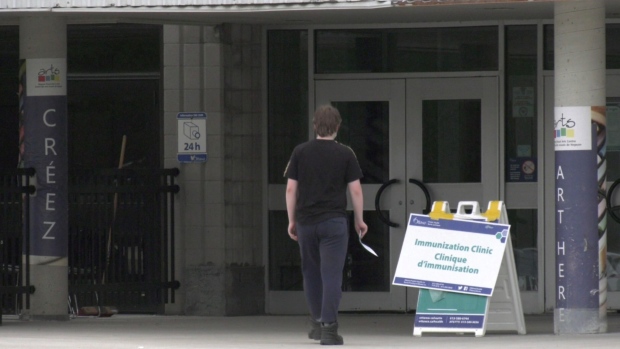 OTTAWA — Ottawa has surpassed a COVID-19 vaccination milestone, with 20 per cent of all adults in the city considered fully immunized.

This comes after more than 90,000 doses of COVID-19 vaccines were administered locally for the second week in a row. Last week also saw the administration of second doses outpace first doses.

Ottawa received more than 118,000 doses of COVID-19 vaccines last week, not counting doses shipped to pharmacies, and opened five additional community clinics Monday to accommodate accelerated second doses and remaining first doses through the Ontario booking system. As of Monday, all adults in Ontario who received either Pfizer or Moderna as their first dose before May 10 are eligible to book an earlier second shot.

Everyone else in Ontario who got a first shot on or after May 10 – except for people between 12 and 17 – will be eligible to book their second dose starting June 28.

Bookings for second doses for youth between the age of 12 and 17 are expected to be made available the week of Aug 9.

This week’s Pfizer shipment is delayed, which means clinics will only be administering the Moderna vaccine this week. Health experts have said both vaccines are considered interchangeable for the purposes of second doses.

Residents who received AstraZeneca as their first dose can also get a Pfizer or Moderna vaccine as their second dose. The National Advisory Committee on Immunization (NACI), said last Thursday it considers an mRNA vaccine, such as Pfizer or Moderna, as the preferable choice for second doses, citing emerging evidence “suggesting better immune responses” when an individual receives a first dose of AstraZeneca and a second dose of an mRNA vaccine.

Locally, the exact number of people who received one dose of AstraZeneca and one dose of another vaccine is unknown, but they are counted as having completed their vaccination for the purposes of calculating coverage with two doses.

VACCINATION COVERAGE BY AGE FOR OTTAWA RESIDENTS WITH TWO DOSES