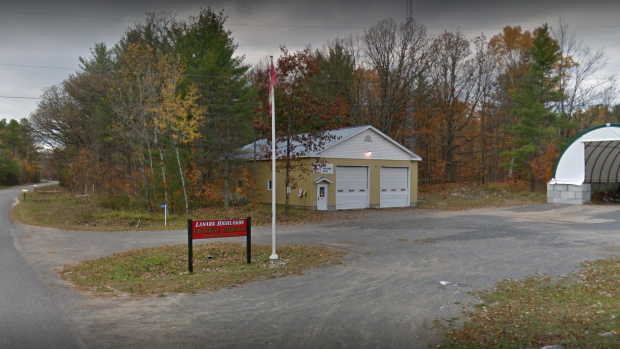 OTTAWA — The Township of Lanark Highlands is looking at potentially closing a fire hall on Snye Road near White Lake, an hour west of Ottawa, and one former firefighter says that could leave area cottagers and residents unprotected.

Dan White is a former volunteer- firefighter at that station and also owns a cottage close by. He says he is alarmed both by the potential closure itself and by the timing. He says the proposal is slated to go before council April 7th and many seasonal owners in the predominantly cottage country community know nothing about it.

In a report on the Township’s website, recommendations for overhauling the Lanark Highlands Master Fire plan include three options, two of which call for the closure of Lanark Station 5 at 1376 Snye.

White says he when he worked out of that particular station, crews were often the first responders to medical calls.

“I didn’t attend a lot of structure fires, we didn’t have that much, but the medical calls, heart attacks, we got a lot of those, ” he says the closure of the hall could potentially leave rural residents and cottagers waiting close to an hour for an ambulance to arrive.

“And there are a lot of older people in that area too.”

The report tabled to council claims the White Lake station is “struggling to maintain an adequate number of firefighters and an adequate training program”. It suggests that could “create a liability in safety” by making the community feel they are more protected than they are.

But White says recruitment of volunteer firefighters is an issue all over and closing the station is the wrong way to go.

White is trying to get the word out to fellow cottagers and will ask for a deferral at the April 7th meeting.

“No one is around. But we pay full-time taxes. This is a real important decision, with finality. Once we close a fire hall, we don’t reopen it. “