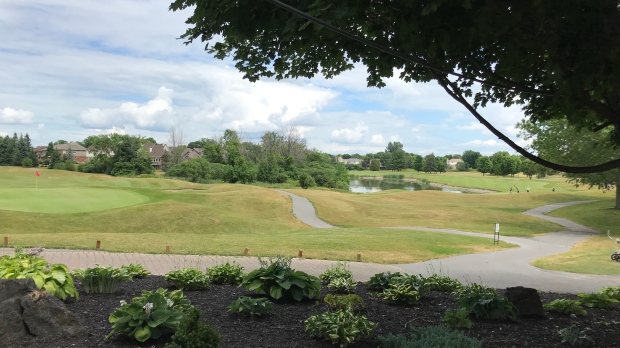 OTTAWA — City staff are recommending Ottawa council reject a plan submitted to a provincial appeals tribunal to build a subdivision at the site of the Kanata Golf and Country Club.

The report to the city’s planning committee recommends council takes the stance with the Local Planning Appeal Tribunal (LPAT) that the plan is “premature.”

The city of Ottawa is already fighting a plan to bulldoze the site in Superior Court.

ClubLink, the company that owns the golf course, is hoping to build more homes on the land, in partnership with Minto Communities and Richcraft Homes.

Now the planning committee is also recommending council refuse an amendment to a zoning bylaw to allow for a residential subdivision.

In its recommendations, city staff says the bylaw is “not consistent with the 2020 Provincial Policy Statement and multiple Official Plan policies related to Managing Growth, Providing Infrastructure, Building Liveable Communities and Urban Design and Compatibility.”

City staff add that there is an agreement in place from the 1980s between the City of Kanata and developers, which says 40 cent of the community must remain green space.

“The impact of the Forty Percent Agreement on the subject lands is currently the subject matter of a court application commenced by the City.”

That matter was heard in Superior Court this summer and a decision had not yet been made.

City staff say the subdivision plan and zoning bylaw amendment were both appealed to LPAT because the city did not meet a provincial timeline to make a decision on the matter.