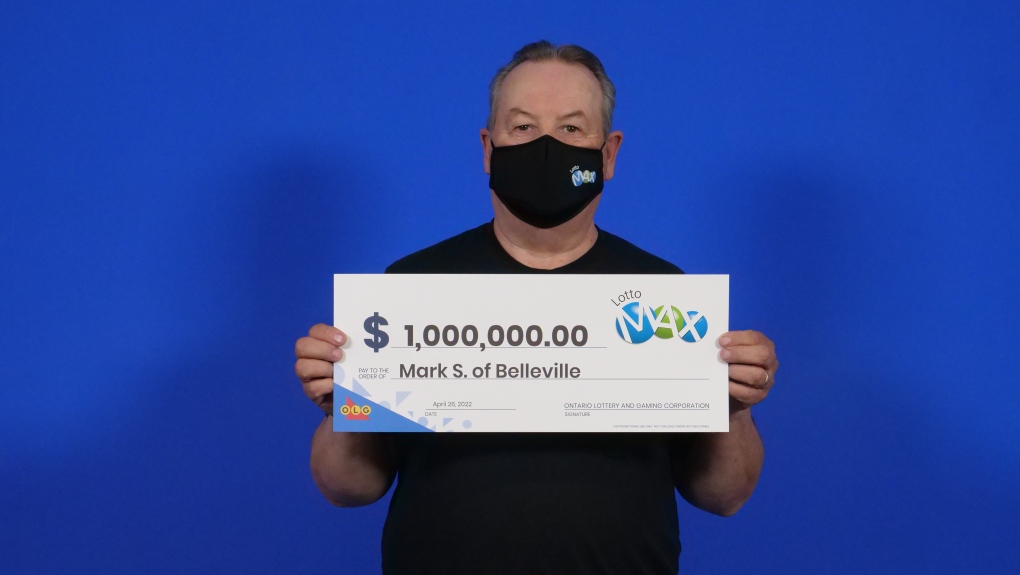 Eastern Ontario’s newest millionaire thought his winning ticket for the Maxmillions prize in the Lotto Max draw was an April Fools’ joke.

Mark Sensenstein, 62, of Belleville, Ont. had the winning ticket for a Maxmillions prize worth $1 million in the April 1 draw.

“It was a Sunday morning when I scanned my ticket using the OLG App and the winning jingle played,” Sensenstein said while picking up his prize at the OLG Prize Centre in Toronto.

“I saw the amount and gasped – I thought it might be an April Fools’ joke!”

Sensenstein said sharing the news with his family was the most joyful moment of the win.

As for his plans for $1 million, Sensenstein plans to buy a new truck and a house.

The winning ticket was purchased at the College Street Variety on Baldwin Street in Belleville.