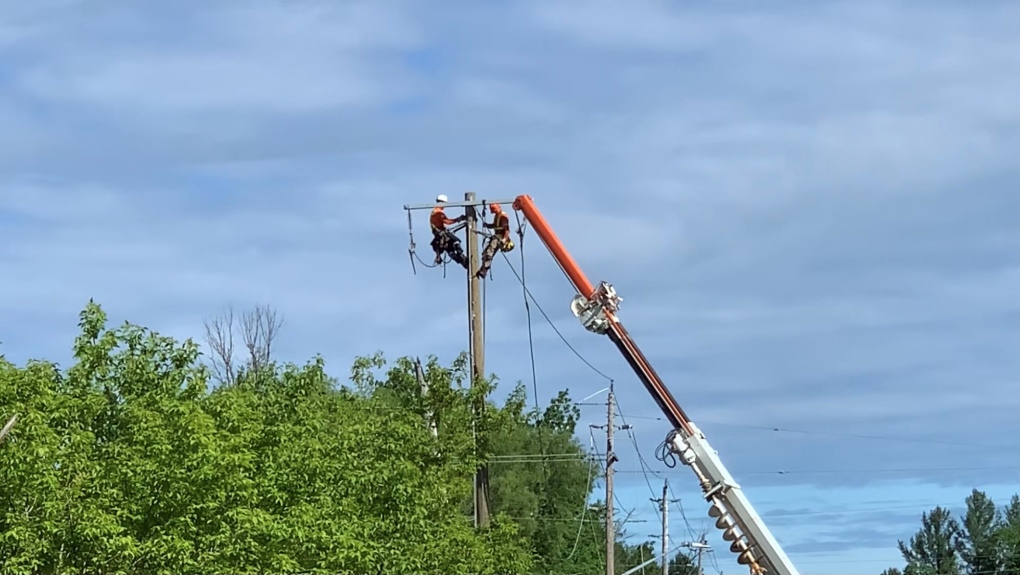 Three hundred homes and businesses across the city of Ottawa are spending a 12th night without power, as the cleanup continues from a devastating storm that knocked out power and damaged the power grid.

Hydro Ottawa reported Wednesday evening that power has been “successfully restored” to 179,700 of the 180,000 customers that were knocked off the grid by a derecho storm on May 21.

“Crews are working as quickly and safely as possible to restore the approx. 300 who remain without,” Hydro Ottawa said on Twitter.

As of tonight, we’ve successfully restored power to ~179 700 customers. Crews are working as quickly and safely as possible to restore the approx. 300 who remain without.

“We’re away from those bigger pole lines and the bigger circuits that you’ve seen the crews out working on. Now, we’re into the tactical, closer-to-home type of work,” he said. “It’s smaller pockets in neighbourhoods and there’s one circuit that relies on another circuit, so we have to make sure the upstream circuit is fine and it’s been patrolled. It’s extremely complicated, the way things have to be brought back.”

Hydro Ottawa’s outage map is offering estimated restoration times that vary between end-of-day Wednesday and end-of-day Friday. Most of the outages listed on the map include a June 1 estimate, but there is at least one neighbourhood where crews are estimating it could be Friday before power is restored.

Muglia said he expects the city to be in “pretty good shape” by Friday, but there could be a few individuals who need extra work.

He says forestry crews and electrical contractors are riding with hydro crews for the remaining outages.

“We can get almost a one-stop shop when we show up at these houses,” he said.

WHY NOT BURY THE CABLES?

Muglia said, however, that buried wires encounter other issues.

“They’re affected in other ways: by freeze-thaw, by flooding; if it’s not one thing, it’s another,” he explained. “Just to bury everything would be so cost prohibitive. It would be a massive undertaking.”

Muglia said there would be a “huge debrief” in the days and weeks after the work is done.

“We certainly plan for weather events. We take all of that into consideration when we’re planning. This will definitely play into it,” he said.

The Ottawa-Carleton District School Board announced Wednesday that power has been restored at Merivale High School. All OCDSB schools will be open for in-person learning on Thursday, June 2.

The city of Ottawa says two community support centres that have been open through the recovery will close Wednesday.

“With many (city of Ottawa) recreation and cultural facilities back to normal operations, residents can access washrooms, showers or charge devices at other facilities, as available,” the city said on Twitter.