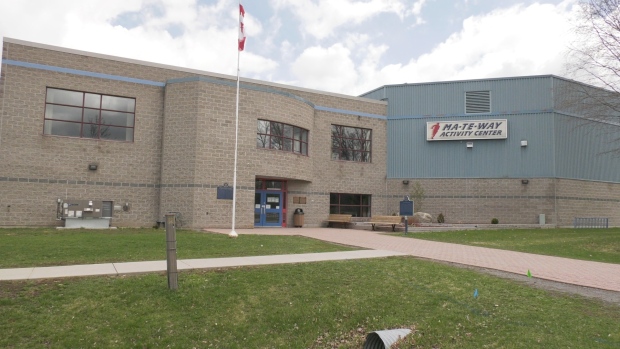 RENFREW — The Ma-te-Way Activity Centre in the town of Renfrew is set to more than double in size thanks to a $15.9 million expansion of the facility.

Renfrew Mayor says the expansion has been six years in the works for the town.

The expansion will include a second ice pad, a second floor walking track, a fitness centre, a gymnasium, a cultural centre, and many multi-purpose rooms. The town hopes to open the new Ma-te-Way Centre in August 2022.

“We’re hoping to break ground this June and we’re going to start the ball rolling right away with everything that needs to be done,” says Tom Sidney, a councillor with the town of Renfrew and the chair of Renfrew’s Recreation Committee.

The project is being funded by all three levels of government, with $6.4-million coming for the federal government, $5.3-million from the provincial government, and $4.2-million being contributed by the town itself. Eady adds that due to the funding, the renovations will be able to take place with no tax increases to residents.

“The really good thing about this expansion is that it puts everything under one roof, and it’s all really accessible,” says Sidney, who says that better recreation services will attract more people to Renfrew along with the planned expansion of Highway 17.

“Mom or Dad could be working out while the kids are in gymnastics. So it’s something that I think will be utilized and once it’s done I think people are going to be very proud of it.”

While there may be more options available to residents when the expansion is complete, there is still not something for everyone. Life long Renfrew resident Sally Wright says she’s been waiting years for a local pool.

“I was really irritated by it,” says Wright, when asked about her reaction to the expansion. “I think a lot more people would prefer a pool. Even my grandchildren, they’re not into hockey, they love to swim.”

Wright admits she would use the planned walking track, but currently rarely uses the arena’s ice rink for skating in the wintertime.

“It’s not off the table, council has not slammed the door to it,” says Sidney, who says the expansion is phase one of a greater plan. “Pools are very costly and we are a small population, so we do want to make sure that the use [of a pool] is going to be beneficial for us being able to run it.”