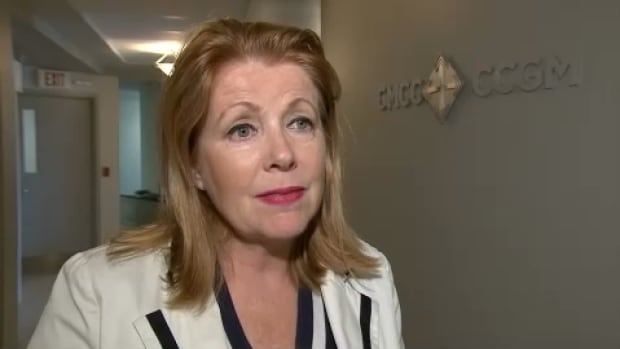 The Greater Moncton Chamber of Commerce and its former CEO, Carol O’Reilly, have reached a settlement this week in O’Reilly’s wrongful dismissal lawsuit.

O’Reilly, 60, was fired without cause in 2017, after more than four years with the organization, according to a dismissal letter filed in court documents.

A hearing in the matter was scheduled to take place Wednesday in Moncton’s Court of Queen’s Bench, but O’Reilly’s lawyer, Robert Basque, wrote to the court Tuesday to tell them the matter had been resolved.

None of the parties were willing to disclose the amount of the settlement reached, citing confidentiality.

“I confirm that the matter has been resolved to our satisfaction,” Geneviève Laforge, current chair of the chamber board, told CBC News.

“I will not provide any further comments.”

O’Reilly’s statement of claim, filed in March 2018, alleged harassment and bullying on the part of the chamber’s former chair, Mathieu LeBlanc.

It talked of a toxic work environment, which affected O’Reilly’s mental health.

She later learned that at a business after-hours event that evening, held by the chamber in Riverview, LeBlanc read her termination letter out loud, in the presence of attendees, the statement of claim alleged.

O’Reilly said this left her feeling “embarrassed, diminished and discredited” and she had only been able to make $5,000 in consulting contracts since.

The Chamber of Commerce, and LeBlanc, had denied the accusations in a joined statement of defence.