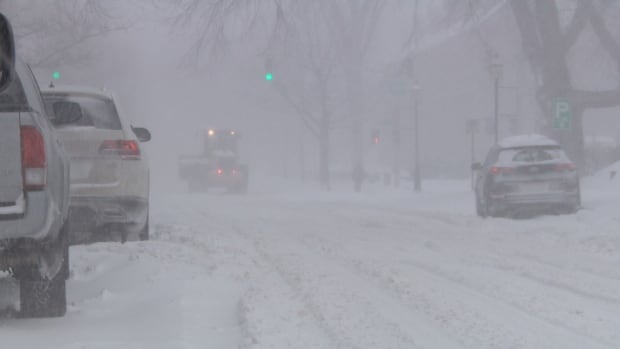 A winter storm warning is in effect for parts of Quebec’s North Shore, affecting road conditions and leading to cancellations of flights, ferries and classes.

The weather agency is calling for an additional five to 10 centimetres of snow and blowing snow Friday.

All Air Canada flights heading to the east of the province have been cancelled.

High schools in La Pocatière and Saint-Pascal are closed for the day, while all schools at Commission scolaire de Kamouraska–Rivière-du-Loup are closed for at least the first half of the day.

CEGEP classes at Sept-Îles and Baie-Comeau are cancelled for the day. In the Gaspésie, the CEGEP de Matane is closed until at least noon.

Several schools are closed in the Commission scolaire des Chic-Chocs, including at du P’tit-Bonheur and Notre-Dame for half days. Notre-Dame-de-Liesse, des Prospecteurs and Esdras-Minville are closed all day.