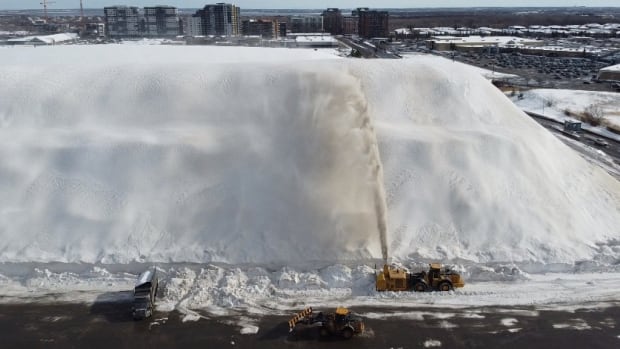 If you have ever wondered why snow was cleared from a seemingly random Montreal side street before a main road, rest assured there is an explanation. The city’s snow removal operations might seem chaotic and arbitrary at times, but there is almost always method to the madness.

Here are the answers to your snow-removal questions. For more, check out the video at the top of this story.

Philippe Sabourin’s answers have been shortened and paraphrased for the sake of clarity and brevity.

Q: How do crews decide which streets they should clear first?

A: Very narrow streets are cleared first as a safety measure, to make sure ambulances and fire trucks can get through in case of an emergency. After that, the order is:

2. Medium-sized or “collector” roads, where you find residences for the elderly and schools.

Q: Why are bike paths usually cleaned up before the sidewalks and roads are finished?

For courtesy’s sake, when a bike path is cleared before the adjacent sidewalk has been, pedestrians and cyclists should share the cleared space.

Q: Sometimes the orange no-parking signs go up but the street doesn’t get cleared. Why?

A: Signs are put up based on estimates of the time needed to load the snow. Sometimes, because of unexpected circumstances, crews run out of time. For example, sometimes machines break down or a crew needs to be dispatched to a high priority location.

Q: Why would one side of a main street be cleared, but not the other side?

A: The city always tries to avoid clearing main roads during rush hour. So if it’s rush hour for eastbound traffic, the westbound lanes can be cleared, but crews will wait until it’s rush hour in the opposite direction before they clear the other side.