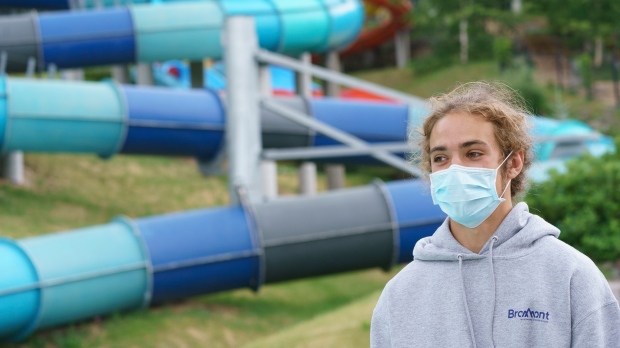 MONTREAL — Just one person has died due to COVID-19 over the past 24 hours, according to information from Quebec public health authorities Sunday.

However, seven people died before June 27 bringing the total number of deaths in the province since the start of the pandemic to 5,574.

Three of the deaths were reported in the Quebec City region, and three in Monteregie. The other two were reported on the Island of Montreal, according to Quebec.

Public health authorities announced Sunday that 79 more people tested positive for COVID-19 in the past 24 hours, which brings the total number of cases in Quebec to 55,863.

As on Saturday, the highest daily increase in cases was in Monteregie, which reported 22 more positive cases for a total of 7,928. Montreal recorded 17 new cases for an overall total of 27,417.

The number of hospitalizations dropped again in Quebec with four fewer people receiving treatement in the province’s hospitals for a total of 371. Of those, 26 are in intensive care wards, a decrease of one.