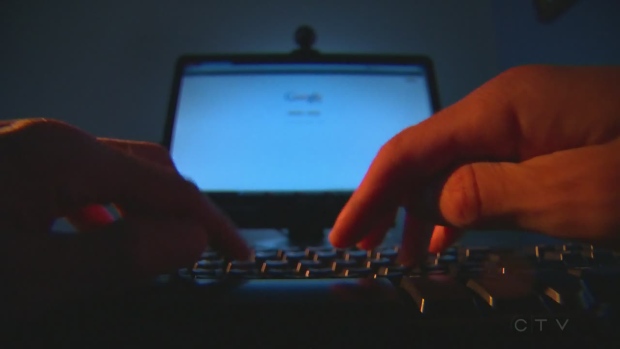 MONTREAL — For decades, most people’s mental image of therapy has called Freud to mind: a patient arrives and sits in a chair while a therapist fires off questions.

A brand-new pilot project in Montreal eliminates most of that: there’s no office, no chair, and not even a face-to-face meeting.

There is still a therapist, who checks in with a weekly phone call or video chat. But rather than asking a series of prodding questions, the talks are meant to review exercises and worksheets the patient did independently at home over the week.

“What’s good is that the patient can start the treatment anytime, anywhere, at home, by themselves,” said Tung Tran, the Director of Mental Health & Addictions at the CIUSSS of Central-West Montreal.

“Instead of being passive and waiting for a psychotherapist always to ask you questions,” he said, “that empowers you, when you have anxiety or depression symptoms, to start doing something by yourself… you have the control in your life.”

There are some more concrete benefits to an overstretched health system that telehealth offers—benefits that have the provincial government watching, said Tran.

The pilot project in the Central-West Montreal health district launched two weeks ago. It’s only open to 50 patients for now, but if it goes well, it could be a model that’s expanded for many more Quebecers.

Similar telehealth mental health programs already exist in Vancouver and Ontario, though each is only a couple of years old, said Tran.

The pilot project is only available to people who appear, after an initial screening by the CIUSSS, to suffer from anxiety or depression. People who seem to have more complex problems are referred to a regular therapy program.

MAKING THERAPY EASIER TO GET

Patients doing some of the work independently cuts way down on therapists’ workload, and therefore increases the number of people they can see.

It doubles, actually, according to Tran, who said that in traditional models, therapists can follow about 25 patients at once, and in telehealth they can follow 50. That could vastly decrease the wait time to get a therapist, which in Quebec can take months.

“The aim to the project is to improve access to mental health services,” Tran said. “Before COVID, even, the main request from the population was to increase psychotherapy.”

It has been impossible to do that over the years, he said.

“Everyone used to do exactly the same old thing—meaning they would have the funding, and they would try to hire new psychotherapists,” he said.

“But the thing is, right now, in the whole province of Quebec, we all struggle with human resources. Even if you have the money, even if you want to hire new psychotherapists, the reality is most of the time these positions are still vacant because you don’t have enough [trained applicants].”

His team has also seen an increase in requests for mental health services since the beginning of the pandemic lockdown, he said, with the strain of confinement amplifying some clients’ pre-existing issues like addiction.

Cutting down wait times is urgent, said Tran. Waiting for a therapist is an annoyance for some, but for others it can lead to a serious deterioration.

“Sometimes you even end up in the… emergency room,” he said. For therapists, it’s important to “really offer your service when the patient needs it, and not months after.”

Some patients may not buy the idea that writing exercises at home is empowering—but they may not be aware how often that kind of work is already required in traditional therapy, said one man who helped develop Quebec’s new online program.

“They’re doing work like thought-journaling and tools that are typically part of a CBT process,” said Roee Ben-Eli, a program manager at Toronto-based EQ Care.

EQ Care has developed the Quebec telehealth modules over the past year and a half, working with a clinician and doing test runs.

CBT stands for “cognitive behavioural therapy,” a common treatment, especially for anxiety. It encourages the patient to analyze his or her own thoughts and retrain his or her thinking patterns.

The modules walk patients through a similar process a therapist would, asking them to analyze their fears and the evidence for those fears.

“I’ll give you an example,” said Ben-Eli. “If you have anxiety about going to a party at a friend’s because you’re scared you’ll see your ex-boyfriend there—what evidence do you have he’ll be there?”

The program would ask you to write it down.

It would prompt the user to think of strategies for managing that fear, says Ben-Eli, such as “I can always call my friend and ask if he’ll be coming.”

Ultimately, you’re “walking yourself through, ‘Is this true, is this for sure? Am I anxious for a valid reason or not?’”

“The rapport does get built,” said Ben-Eli.

“Studies have shown it to be equivalent to live face-to-face therapy,” he said. “Once you take away the clinician, though, it’s much poorer. It drops down to a dismal amount.”

Patients’ data will be subject to the same strict privacy rules as all Quebec health records, said Tran. No one who isn’t directly involved in a person’s care will have access.

People are being referred to the pilot project through their family doctors or CLSCs. Tran said they’ve already recruited 39 out of the 50 participants in the first two weeks, 29 of whom have already begun their modules.

“I’m very excited becuase I thought it would take maybe a year to recruit those 50 patients, but it’s going so well,” he said.

The pilot will be over when all 50 patients have completed all their modules, which he thinks will take less than a year.