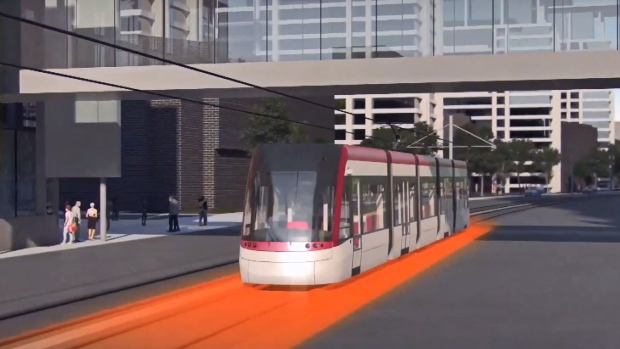 “These two poles interconnect… and I think are going to create something quite fantastic,” said Brossard Mayor Doreen Assaad.

The tram, called Léeo, will also connect to the Panama bus terminal in Brossard.

“We want to have a project quickly because we need it,” noted Sylvie Parent, Longueuil mayor.

Officials are billing it as the largest public transit project in Quebec, though they have yet to say when it will be completed and how much it will cost.

Leeo is being touted as the first transit project that would connect south shore residents from east-to-west.